Hundreds of years ago before The Swat Kats

To forever remain as the Pastmaster's prized possession and his magical weapon, to destroy the Swat Kats, to allow Pastmaster to retrieve the Tome of Time.

The Pastmaster's Watch is a chained golden medieval pocket watch with vast magical powers including the power over time and it is both the most prized possession and dangerous weapon of its owner, the undead time-travelling wizard known as the Pastmaster.

A powerful source of magic used by the Pastmaster himself, this ancient time piece is capable of sending out blasts of energy as well as opening up Time Vortexes (occasionally requiring the use of the Tome of Time). Without his watch, the Pastmaster is as defenseless as a mere normal mortal. 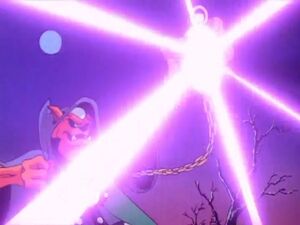 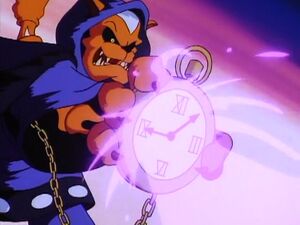 The Pastmaster with his Watch. 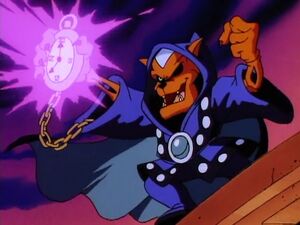 The Pastmaster unleashing the magical powers of his Watch. 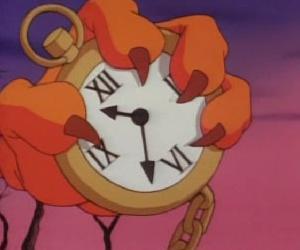 Add a photo to this gallery
Retrieved from "https://evil.fandom.com/wiki/Pastmaster%27s_Watch?oldid=47669"
Community content is available under CC-BY-SA unless otherwise noted.