To be an unlimited power source for anyone whoever possesses it (unsuccessful).

Aid Dr. Eggman and his Eggman Empire in his quest for world domination (failed).
To serve as the engine of Infinite's supernatural powers (failed).

The Phantom Ruby is a mysterious and powerful gemstone discovered on Angel Island by a group of Doctor Eggman's elite robots. Eggman has used the power of the Phantom Ruby to successfully conquer most of the planet until Sonic the Hedgehog and the Resistance managed to defeat the doctor's forces by fighting back against the ruby's illusions.

The Phantom Ruby has the power to manipulate people's minds, altering their view of the world by creating realistic illusions that somehow have the density and mass of something real through tampering with ones depth perception. This makes the illusions caused by the Phantom Ruby a part of one's reality (an phenomenon which is referred to as "virtual reality" in Sonic Forces). The ruby also has the power to transport people and objects through space-time. It can either teleport things to different locations in the world or even send them to alternate dimensions.

Ruby Mist is a byproduct of the Phantom Ruby that is found in the Titanic Monarch Zone's 2nd Act. The mist will instantly teleport anyone who comes into contact with it.

Null Space is a realm presumably created by the Phantom Ruby's power. It is a place where absolutely nothing exists and appears to stretch on endlessly. Despite Eggman's belief that no one can escape Null Space, Sonic and his allies have managed to leave the realm using powerful boosts of speed.

After finding and studying the Phantom Ruby, Dr. Eggman attempted to create his own copy of the gemstone. This led to the existence of many imperfect Phantom Ruby Prototypes that Infinite was eventually tasked with deposing of. A imperfect prototype can only be used by the one who activated it’s power and can allow the user to dispel ruby constructs. The prototype Infinite has embedded on his chest is the finalized version that can be used to bend ones perception of reality to great effect.

Sometime after the events of Sonic & Knuckles, a great power disrupted the energy flow of the Master Emerald which caused Angel Island to fall back into the sea again. Sonic and Tails flew out to investigate and discovered a group of robots excavating the Phantom Ruby from the island. A wave of energy suddenly emitted from the ruby which transported Sonic, Tails and Knuckles (who was nearby) to Green Hill Zone. There they realised the robots that unearthed the ruby had been transformed into an elite force known as the Hard Boiled Heavies. The Heavies took the Phantom Ruby to their creator Dr. Eggman who snatched it from their grasp and caused the ruby to emit another wave of energy that sent the nearby protagonists to Chemical Plant Zone. Eggman later used the ruby’s power at Press Garden Zone to relocate the heroes again before eventually installing the Phantom Ruby itself into his Phantom Egg mech at Titanic Monarch Zone. When the heroes managed to destroy the Phantom Egg, the ruby sent Sonic to Egg Reverie Zone where a three way battle ensued for possession over the gemstone. Afterwards, the Phantom Ruby came into contact with the Chaos Emeralds which caused a reaction from the ruby and it open a wormhole that transported Sonic and the ruby itself to an alternate dimension.

Several months prior to Sonic Forces, the Phantom Ruby (though it had no name at the time) was found by Dr. Eggman after the sensors of his Arsenal Pyramid detected an unusual energy signature outside, prompting Eggman to investigate. Upon touching the Ruby, Eggman had a brief vision of Eggmanland. Intrigued, Eggman researched the jewel, eventually coining the name "Phantom Ruby". However, his base was soon attacked by the Jackal Squad, led by the ultimate mercenary. During the attack, Eggman inadvertently used the Ruby to materialize a troop of Egg Pawns to exterminate the squad. The ultimate mercenary then tried to kill Eggman, but struck the Ruby instead, causing him and Eggman to see a ruined world based on the former's own violent desire for change. Impressed with the mercenary, Eggman got him to join his empire so they could achieve their mutual goals.

Seeking to test the Phantom Ruby, Eggman went to Angel Island where he used it to create an illusion of the Pachacamac's village and have Knuckles and Silver fight a replica Chaos. Although Knuckles and Silver overcame the replica, Eggman deemed the test to be a success. Eggman would afterward analyze the Phantom Ruby in his lab in Mystic Jungle in hopes of using it to take over the world. Using the data he gathered, Eggman created several defective "Phantom Ruby prototypes" which he used to experiment on until he created a finalized prototype. That prototype was given to the ultimate mercenary, who, after a humiliating loss to Shadow, cast away his previous identity and assimilated with the prototype after a number of experiments, becoming Infinite. Under the direction of Eggman, Infinite sought to destroy the world with the Phantom Ruby and allow the Eggman Empire to rise to power. While the original Phantom Ruby remained in Eggman's possession, he and Infinite put their plans into action by using the finalized Phantom Ruby prototype to take over more than 99% of the planet, sparking the War to Take Back the Planet. Six months later however, the Resistance discovered that the Phantom Rubies relied on the Death Egg to provide them with the power they needed to work. As such, the Resistance destroyed the Death Egg, weakening the Rubies. However, Eggman had anticipated this, and had a backup power reactor built underneath the Eggman Empire Fortress.

In Sonic Mania Plus, although the Resistance had defeated Dr. Eggman, it turned out that the Phantom Ruby had survived the Death Egg Robot's destruction and had returned to the dimension it came from. Upon returning to Angel Island, the ruby floated away somewhere, with Sonic chasing after it. This led him to a capsule with old acquaintances, Mighty and Ray, trapped inside. After Sonic set both allies free, one of them was revealed to be the Heavy Magician in disguise, who swiped the Phantom Ruby and passed it to the broken-down Hard Boiled Heavies, reviving them and sending the heroes back to Green Hill Zone. Thus, the heroes set off to chase the Phantom Ruby on another adventure similar to the first one.

After the Phantom Egg was defeated once again, the heroes got distracted by the Phantom Ruby as it floated there while Eggman snuck away. The Ruby then went out of control and created a space-time rift that began to suck in everything around it, including the Titanic Monarch. Eggman tried to make an escape, but the heroes escaped in their Super States and knocked him into the rift. It is unknown what has happened to the Phantom Ruby afterwards. 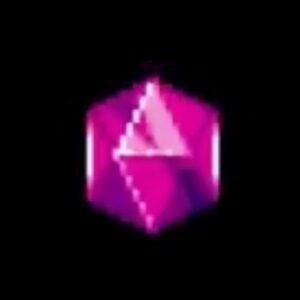 The Phantom Ruby in Sonic Mania. 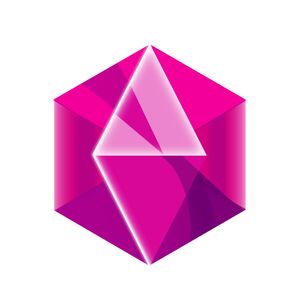 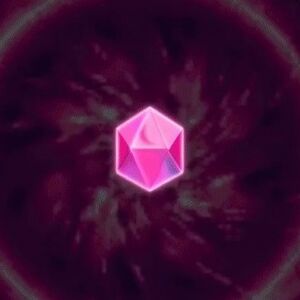