The Poison Apple, also known as the "Poisoned Apple", is an apple coated with an extremely poisonous chemical that will cause the person who eats it to fall into an eternal sleep. In the classical fairytale "Snow White", the Evil Queen gives it to Snow White in an attempt to kill her. The Poisoned Apple is a blood-red apple which, when bitten, will send its victim into the Sleeping Death. A victim of the Sleeping Death can only be revived by love's first kiss. It is used by the Witch (the Evil Queen) in an attempt to do away with the fair princess Snow White in Snow White and the Seven Dwarfs. The Poisoned Apple is also well-known as Snow White's trademark object.

Snow White and the Seven Dwarfs

After turning into a old begged woman via witchcraft, the wicked Queen Grimhilde declares that Snow White should suffer "a special sort of death". Looking through her spell book, she comes to the recipe for the Sleeping Death, and, reading of the Poisoned Apple's effects, decides that it's the perfect way to get rid of the princess. She brews the potion and dips an ordinary apple into the brew as the Raven watches silently. The Sleeping Death seeps into the apple, and the Witch raises the apple from the cauldron to reveal that the poison dripping from the apple has formed an image of a skull. This image fades as the apple turns red, to tempt Snow White. The Witch cruelly offers the apple to the Raven, who backs away, terrified, causing the Witch to cackle maliciously. She suddenly remembers that there may be an antidote to the Sleeping Death and searches through the spell book, believing that "nothing must be overlooked". She soon discovers that the only cure is love's first kiss. Confident that Snow White will be buried alive, making her unable to receive a kiss, the Witch laughs to herself. She puts the apple in a basket, and walks down through the dungeon below, emerging from the castle's catacombs in a raft. As she makes her way to the dwarfs' cottage, two sinister and dangerous vultures see her and, sensing that her death is imminent, quietly pursue her.

She reaches the cottage and, according to plan, finds that the Dwarfs have left and Snow White is alone. Catching the girl by surprise as she is preparing food, the Witch offers her the apple, but is attacked by the animals of the forest (who sense danger when they notice the two vultures). Snow White does not recognize any danger in the old woman and lets her into the house to offer her a drink of water, while the animals rush to find the Dwarfs. The Witch tells Snow White that the apple will grant wishes, and, knowing of Snow White's romance with the Prince, persuades her to wish for a happy reunion before taking a bite. After some moaning, Snow White's body slumps to the floor as she falls into a coma induced by the Sleeping Death. The Witch's supposed victory is short-lived when she is discovered by the seven dwarfs, who, led by Grumpy, pursue her until she is cornered on the edge of a cliff, where she apparently falls to her doom, with her body believed to have been eaten by the vultures. Though she appears to be dead, the dwarfs can't bear to bury Snow White, instead forging her a coffin made of glass and gold. The Prince hears of Snow White's current state and comes to the clearing where her coffin is placed, reviving her with a kiss and reversing the effects of the poison.

The scene of the Witch preparing the poisoned apple was discussed in a story conference in 1936:

Walt Disney: "The thought just struck me on the buildup of the music where she says, "Now turn red, etc." Where it starts you might go into innocent, sweet music while she is saying something about how innocent it looks. The music changes as the apple changes and could stay that way until she says, "Have a bite." It would be a good contrast."

Richard Creedon: "Admiring the apple as if she'd like to eat it herself - "Pink as a maiden's blush."

Both ideas were used in the final film; innocent music is playing when the apple turns red, and the Witch appears to admire it briefly before offering it cruelly to the Raven.

A very short sequence involving the Witch stirring her cauldron was fully animated and completed, and was among the scenes cut from the film by Walt Disney at the last minute. In the sequence, the Raven looks on as the Witch stirs the cauldron with a huge bone off an unknown animal. She pauses to see that the smoke rising from the brew is shaped like skulls, and adds a drop of an unknown ingredient to the concoction:

Once Upon a Time

The Poisoned Apple appears in ABC's Once Upon A time. It originated from the Sleeping Curse Maleficent created to use on Aurora, she later traded it for the Evil Queen's Dark Curse. The apple had the curse placed upon it so that if someone willingly bites into it, they will fall into a deep sleep while their body is their tomb and they are tormented by their regrets, all the while appearing to be dead. However, the Evil Queen was unaware that, as with all curses, it can be broken by true love's kiss.

At some point, the apple came into the possession of the Blind Witch and the Evil Queen sent Hansel and Gretel to retrieve it in exchange for the whereabouts of their father, the Woodcutter. The Evil Queen later offered the cursed apple to Snow White, who willingly bit into it, fully aware of the consequences in order to save the life of Prince Charming. Moments after Snow White bit the apple, she collapsed and dropped the apple. As it rolled away, it fell into a portal Jefferson (the Mad Hatter) had created in Storybrooke. Prince Charming later broke the Sleeping Curse and awoke Snow White.

After the Dark Curse was cast, Regina (The Evil Queen) contracted Jefferson to fetch the apple with his hat in exchange for forgetting his true identity. After retrieving the apple, the apple was made into an apple turnover by Regina who offers it to Emma Swan, who willingly accepts it unaware of the turnover's true nature. The turnover is later tasted by Henry Mills, sacrificing himself in order to save Emma while proving to her that there is indeed a curse hanging over Storybrooke. Once again, the sleeping curse is broken by true love's kiss—in this case Emma's maternal love for Henry. It is currently unknown what happens to the remains of the turnover following Emma taking it to hospital, believing it to be the cause of Henry's condition. 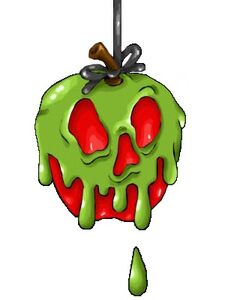 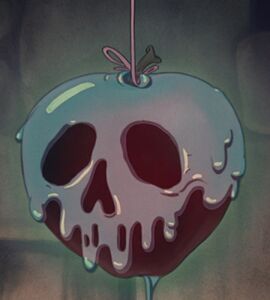 The Poison Apple being finally prepared. 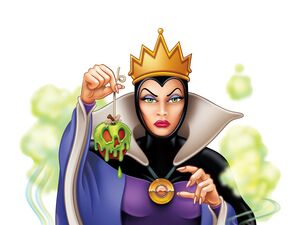 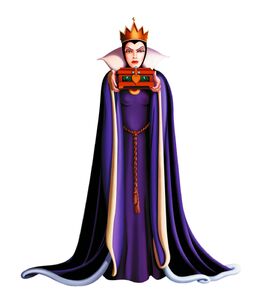 A Poisoned Apple disguised by Nathaniel as a caramel apple. 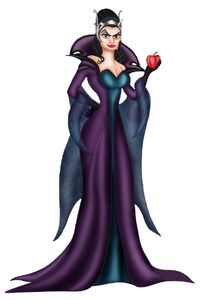 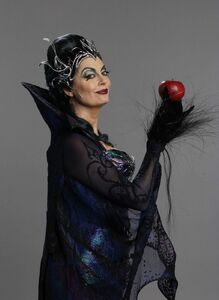 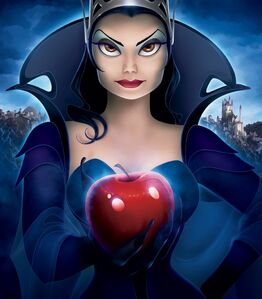 The Poison Apple (in Queen Narissa's hand) as seen in Disney's Enchanted. 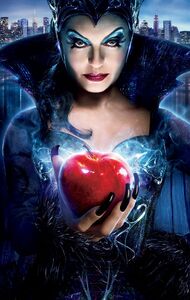 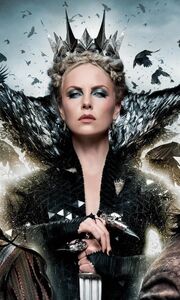 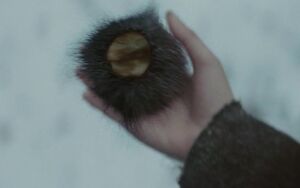 The Poisoned Apple as seen in Snow White and the Huntsman. 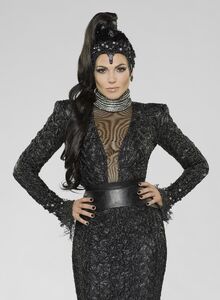 Queen Regina
Add a photo to this gallery

Retrieved from "https://evil.fandom.com/wiki/Poison_Apple?oldid=115119"
Community content is available under CC-BY-SA unless otherwise noted.