This circus-themed business along with its scary features and its huge namesake circus tent is a perfect example of the Circus of Fear trope.

Unlike many other circuses, it is geared towards fear and terror,and features things like ghosts, zombies, demons, monsters among others that frighten and scare visitors.

The circus was ultimately disbanded by Screweyes' good twin brother Captain Neweyes with the help of giant scissors from his ship which cut down the circus tent, after Professor Screweyes' plan was ultimately foiled by the dinosaurs, Louie and Cecilia. 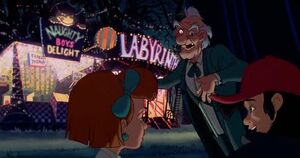 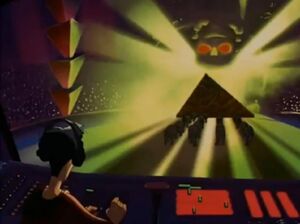 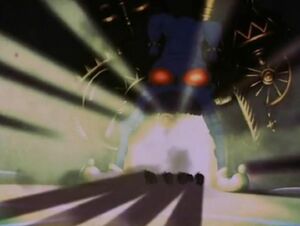 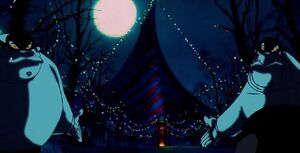 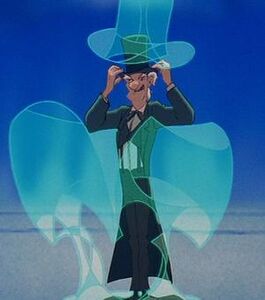 Professor Screweyes
Add a photo to this gallery

Retrieved from "https://evil.fandom.com/wiki/Professor_Screweyes%27_Eccentric_Circus?oldid=99361"
Community content is available under CC-BY-SA unless otherwise noted.