The Evil Wiki
Register
Don't have an account?
Sign In
Advertisement
in: Evil Realms, Absolution, Theological Villainy,
and 6 more

Temporarily punish people by cleansing them of their sins so their souls would be rewarded with crossing over to Heaven.

Purgatory is a concept found in various religions around the world that is midway between the eternal punishment of Hell and the unending bliss of Heaven, it exists to purify the souls of those who are deemed too sinful to be admitted directly into Heaven but not evil enough to be condemned to Hell.

Purgatory consists of temporary punishment for those involved, but unlike many versions of Hell, the ultimate result of Purgatory is to be set free and enter the Kingdom of Heaven (or similar concept).

While originally a concept mostly found in Catholicism the idea of Purgatory has grown more over time, especially since it seems more in-line with a seemingly all-loving God, who would not wish to condemn his own creations to a fiery state of endless suffering : Purgatory, being temporary punishment, seems a preferable option by which such a God could keep order.

In other faiths (such as some in the Far East) there are no permanent realms of suffering and thus their "Hells" are more akin to Purgatory and souls will eventually be set free - however many of these realms are still horrendous and souls may spend unfathomable amounts of time within them (though still not eternal). 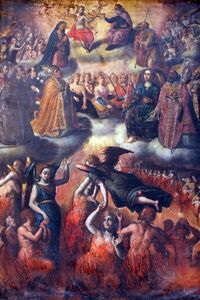 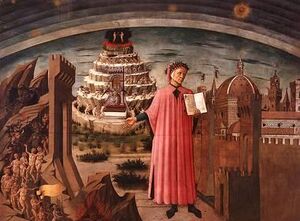