10.000 years prior to the events of Mighty Morphin Power Rangers

Mass-produce Putty Patrollers and/or monsters in conjunction of the Monster-Matic machine as service to the sinister bidding of both Rita Repulsa and Lord Zedd (failed).

The Putty Clay refers to a special supernatural clay required in creating monsters via the elvish alien alchemist Finster's Monster-Matic machine at the demands of the sinister galactic overlord duo Rita Repulsa and Lord Zedd in the Mighty Morphin Power Rangers TV series. The stronger and useful form of the Putty Clay is known as Super Putty Clay. This mineral is also known as Dokkita-Clay (in Japanese: ドッキタクレイ, Dokkitakurei) in its original Japanese version from the Super Sentai metaseries' 16th installment Kyouryu Sentai Zyuranger.

The Putty Clay is a clay material developed by Finster in creating monsters via Monster-Matic with the clay itself as its core ingredient. As revealed in Mighty Morphin Power Rangers comic series, the clay's quality, coupled with quantities and qualities of any additional ingredients mixed into it, affects the produced monsters' qualities including their behavior and powers. According to Finster, Putty Clay with best quality and properly mixed additional ingredients produces best monsters.

Owing to produced monsters' capabilities and potential, the duty in processing Putty Clay into monsters can be a dangerous job that must not to be underestimated. One or more errors in processing the clay, even in slightest, would result in failure where the resulted monster either falling apart into a pile of clay or worse, becoming a completely bizzare creation. In fact, developing best monsters with Putty Clay, even with aid of its experts, is more than often a trial-and-error process.

When Squatt and Baboo attempted to convince Finster to let them use his workshop to create their own Putty Clay-based monster in spite of their obvious lack of experience in such field, the alien alchemist was outright horrified by such request, suggesting that some of his failed creations in the past had caused him and his master Rita troubles.

The light orange variant of the clay which Finster used to mass-produce expendable Putty Patrollers. As the basic variant of Putty Clay, this variant is quite easy to process and shape.

Also known as Putty Clay Model in its completed form, it is a gray-colored variation of Putty Clay which coloration resulted from being mixed with additional ingredients which endow produced monsters various powers and abilities depending on utilized ingredients in question. Slightly harder than Basic Putty Clay, it takes a great sculpting skill in properly shaping the Clay into monster models with desired powers and abilities before processing them into real monsters with Monster-Matic. Due to its time-consuming process (which also includes mixing the clay with additional ingredients), Grey Putty Clay only reserved to monster creation.

Finster is revealed to have several monster models out of Grey Putty Clay in his disposal, where they display limited mobility and sentience due to the nature of their components.

Despite Finster's warning, Squatt and Baboo once processed their own Grey Putty Clay by mixing the Clay with random ingredients as they please (including a rugby ball, a cheese, rubber bands, and a battery), which resulted a comically bizzare monster.

Unlike regular clay, Super Putty Clay is made from natural clay which deposits located deep beneath a planet's surface, which then processed with Monster-Matic. Due to being extracted from underground deposits, the processed clay gains unique gimmicks which resulted any monsters and/or Putties created with it much more powerful than their counterparts that made from regular clay. For instance, Super Putty Patrollers, Putties that made from Super Putty Clay, gains the ability to replicate themselves upon defeat that they can only be destroyed with use of Thunder Slingers, specialized blasters that safeguarded by Carrierzord Titanus.

One of natural underground clay deposits which required for processing Super Putty Clay was discovered by Rita Repulsa and Finster, who then have several Putties mine enough amount for creating an army of Super Putty Patrollers. To keep Rangers busy, they sent Frankenstein monster to distract them while they continue overseeing the mining process. Their activity in the mine was narrowly discovered by Billy who followed Frankenstein monster to the area. Though dismayed that the monster eventually defeated by the Rangers, Rita and Finster nevertheless managed to retrieve the processed Super Putty Clay to commence their plan. Given that Zordon knows what they would do with the clay and even prepared Thunder Slingers to counteract the enhanced Putties, it was implied that Super Putty Clay was once utilized in the past. 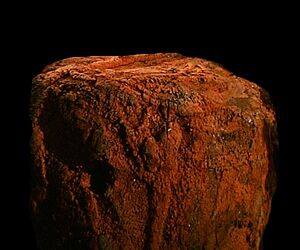 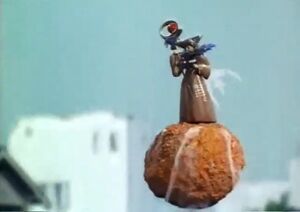 Rita Repulsa with a ball of Super Putty Clay. 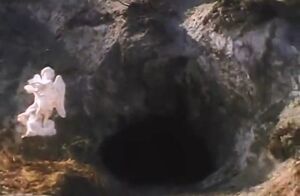 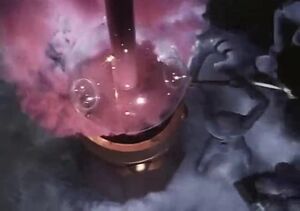 The Super Putty Clay being processed.
Add a photo to this gallery
Retrieved from "https://evil.fandom.com/wiki/Putty_Clay?oldid=81533"
Community content is available under CC-BY-SA unless otherwise noted.