The Pyramid of Shinnok, sometimes also known as the Temple of Shinnok and Shinnok's Fortress, is an ancient pyramidal temple located floating a, and the Bridge of Immortality within the Sea of Immortality in the Netherrealm. It is a location in Mortal Kombat Mythologies: Sub Zero. And this is also the Brotherhood of Shadows lair and their house of worship built to honor Lord Shinnok.

It is a massive and intricate, black pyramidal edifice made of obsidian stone e Netherrealm's mainland. Its interiors are filled with such few iconic symbols including the very seal of the Brotherhood of Shadow itself, inscribed on every wall and every floor and every elevator's platform. Encased in every wall of the temple-like fortress are the praying statues of non other then the Netherrealm's supreme master Shinnok as they were built in the honor of the Father of All Evil. In a secret chamber at the Pyramid's apex lies the ghouslish and skeletal throne of the sorcerer Quan Chi who acts as Shinnok's right hand and commander of the Brotherhood of Shadows. At the Pyramid's apex shines a strange blinding light which shines dimly and darkly over all of the Netherrealm.

This ancient pyramid was originally a temple built for the worship of Shinnok. It was constructed alongside the Bridge of Immortality in the Sea of Immortality after his great battle with the Netherrealm 's previous ruler Lucifer millions of years ago. It stood as the reminder of Shinnok's reign as supreme master of the Netherrealm. The Brotherhood of the Shadow including their leader Quan Chi were also headerquartered in the pyramid as their fortress while still serving the will of their lord and master, Shinnok.

The original Sub Zero fought his way through the Bridge of Immortality and made it into the Pyramid of Shinnok during his quest to retrieve the forbidden Amulet of Shinnok. He battled the cult members within the temple, and faced Quan Chi's three top assasins and collected their emerald crystal-like keys which are called Pyramid Crystals (under the three minor aliases "Kia's Crystal", "Jataaka's Crystal" and "Sareena's Crystal") along the way. Yet Sub Zero shown Sareena mercy and let her live for there was something different about her. After his fight with them, Sub Zero used the power of the crystals and transported himself to the upper level of the pyramid where the sorcerer Quan Chi was waiting.

But Sub Zero was too late as Quan Chi said: the Amulet of Shinnok was finally where it belongs with it's evil creator and true owner. Then the battle between the Lin Kuei warrior and the demon arch-sorcerer begun. Sareena suddenly appeared out of nowhere and stepped into the fight, she attacked her former master and helped defeat him. She saved Sub Zero's life. But at the cost of her betrayel, she was struck and slain by a beam of dark energy that came from a shadowy figure. Sub Zero recognized the figure: it was the old man he encountered in the Prison of Souls, yet the old man was none other then the malevolent Elder God Shinnok himself. He fought the dark master inside his own pyramidal temple and quickly stole his amulet from him. But then in his anger, Shinnok suddenly transformed himself into a giant, demonic, immortal monster. Sub Zero was no match for him, then a portal to Earthrealm was opened. He quickly jumped into the vortex with the amulet in his hand and with his life intact, narrowly escaping the deadly wrath of Shinnok.

A low-relief praying image of the fallen Elder God, Shinnok.

The iconic symbol of the Brotherhood of the Shadow.

One of the 3 Pyramid Crystals from the Pyramid of Shinnok. 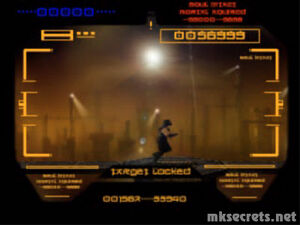 A view of the Pyramid of Shinnok and the blinding light atop its apex seen in the background far from the Prison of Souls.
Add a photo to this gallery

Retrieved from "https://evil.fandom.com/wiki/Pyramid_of_Shinnok?oldid=105604"
Community content is available under CC-BY-SA unless otherwise noted.