Revenants
The Brotherhood of Shadows

To forever serve as home and domain of the evil necromancer Quan Chi (failed).

Quan Chi's Fortress is a diabolical fortress hat is home and lair of the malicious necromancer Quan Chi. It is one of well-known many locations in the Mortal Kombat universe.

Located on a shoal somewhere within the Realm of Outworld, possibly the Lost Sea (location of the Celestial Portal and the soul-stealing sorcerer Shang Tsung's secret island, and this towering lair features the fighting arena on the right.

Also featuring is Inner Sanctum in the "centerfield", a secret chamber protected by 6 magic runes that covers it, where Quan Chi leaves his body, periodically charging as we as restoring his magic powers or astroprojecting his own consciousness to other planes of existence.

The center ring rests above a network of lasers in the form of a spider-web pattern which can shift into a perfect square grid when the opponent is being knocked off the ring and gets sliced into burning pieces, a deathtrap fit for this evil sorcerer.

Quan Chi's Fortress must have been constructed long before or after the formation of the Deadly Alliance.

Found within the Netherrealm, this castle-like citadel has a more library-like facade with a display containing the armor of the late Shao Kahn and a separate, interactive stand for his Wrath Hammer.

On the opposite side of the room is a stairway leading up and a view to the Netherrealm outside.

In the centre of the room is a pit of blood with an incomplete flesh construct periodically rises through a secret alchemical process before coming to life as one of Quan Chi's Revenants. Quan Chi's Fortress features 3 out of 4 arena interactions to throw and strike at opponents with. From farthest left to right they ar a spine-shaped lamp post, a small torch in the shape of an orb, and a jar containing a demonic fetus-like aberration.

The demon sorcerer Quan Chi has another, yet hidden lair called Quan Chi's Palace in Outworld, secretly built and away from prying eyes, and it first appeared in the 9th episode "Quan Chi" of the television show Mortal Kombat: Conquest and it was featured throughout the entire series. It is somewhat a regal yet, evil-looking, dome-like palace structure with a yin-yang emblem above its front doors, built inside a mountainside with 5 claw-like rocky pillars over it. 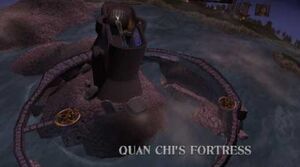 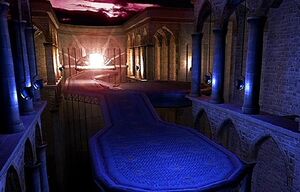 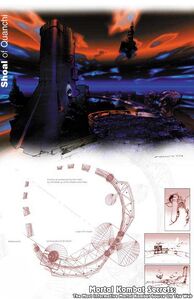 A concept art of the Shoal of Quan Chi (Quan Chi's Fortress).

An artwork of a portral leading to Quan Chi's Fortress in Mortal Kombat: Deception. 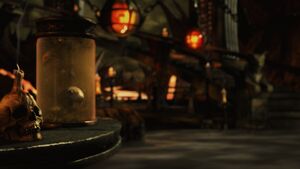 The background of Quan Chi's Fortress used as the official Faction Wallpaper for the Brotherhood of Shadows. 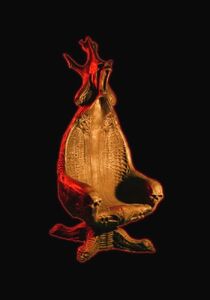 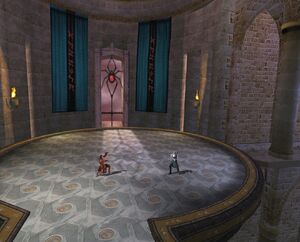 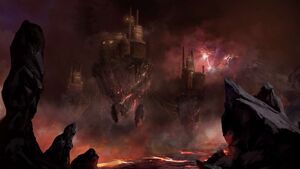 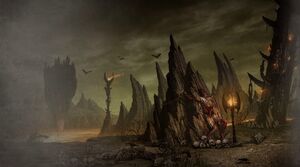 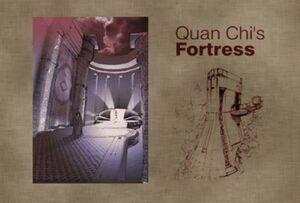 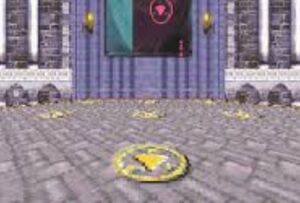 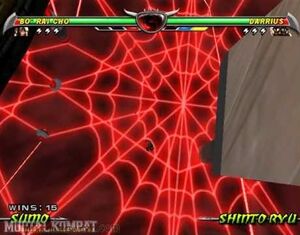 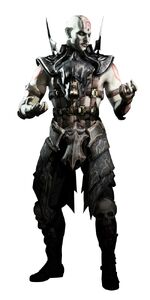 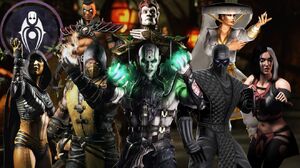 The Brotherhood of Shadows
Add a photo to this gallery

Retrieved from "https://evil.fandom.com/wiki/Quan_Chi%27s_Fortress?oldid=105599"
Community content is available under CC-BY-SA unless otherwise noted.