The Evil Wiki
Register
Don't have an account?
Sign In
Advertisement
in: Evil Realms, Prisons, Mechanical Modification,
and 9 more

Robot Hell is the unique parody of Hell from the sci-fi/comedy series Futurama and it is the "final" place of torment for robots in the far future and it is lorded over by the Robot Devil. Robot Hell is found within Atlantic City and it simply where all bad robots are sent to.

When Bender found religion, he was signed up to go to Robot Hell automatically. He was kidnapped by the Robot Devil and was taken there after quitting religion. He escaped with Fry and Leela after hitting the Robot Devil over the head with the golden fiddle they had to play a fiddle contest with in order to escape alive. 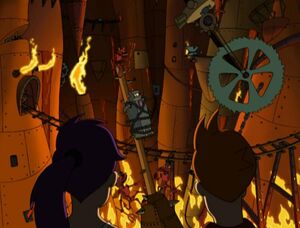 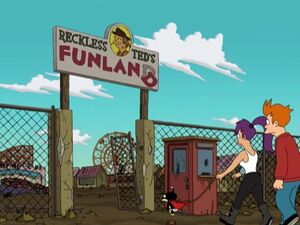