The Evil Wiki
Register
Don't have an account?
Sign In
Advertisement
in: Mature, Possessed Objects, Evil Lairs,
and 8 more

To drive people completely mad and to the point of suicide.

Room 1408 is an infamous haunted hotel room that is possessed by a mysterious and vicious dark force, and it serves as the titular main setting in the short story 1408 by legendary novelist Stephen King (both as the 14th story in King's 1999 entitled book collection "Everything's Eventual and as the 3rd tale in his 2002 audiobook collection titled Blood and Smoke). There is also a film entitled 1408 based on the short story of the same name with the same possessed apartment.

56 people died in Room 1408, most of them by suicide. Presumably, the room cannot kill people itself. Instead it tries to drive it's victims crazy so that they will do it themselves, though several of the deaths have appeared as natural or accidental.

It appears that the room has a consciousness, as distraught skeptical paranormal debunker Mike Enslin, who himself was a book writer long ago, talks with the room over the phone later. When this happened it used the voice of a hotel operator.

The room is situated on the 13th floor of the luxurious Dolphin Hotel owned by the Yasuko Corporation in New York City. Although not all it's victims are revealed, some of the most recent are. A few years ago, a young unidentified maid from El Salvador was locked in the room's bathroom. She survived but was blinded due to the fact she had gouged her eyes out with a pair of scissors. Mr. Kevin O' Malley, a sewing machine salesman who cut his own throat, was the first victim. Mr. Benjamin Johnsons was a factory owner who jumped from the window. Mr. Grady Miller drowned in his soup. David Hyde, a manic-depressive orthodontist slit his wrists and cut off his genitals. In the 95 year since the Dolphin hotel was built in 1912, 56 deaths have occurred, including 7 jumpers, 4 overdoses, 5 hangings, 3 mutilations, 2 stranglings, a heart attack, a stroke and a drowning.

The room was finally destroyed when Mike realized that while he cannot interact with the room from the inside, those outside of the room can. Mike makes a Molotov cocktail with a bottle of alcohol he got from the Dolphin Hotel's owner Gerald Olin and sets the room ablaze so fire fighters would be able to break down the door and quickly pull him out so the room is unable to affect them with their tricks, while everyone in the entire hotel have immediately evacuated. After his ordeal in Room 1408, Enslin gave up writing altogether. He has acquired various physical and psychological problems stemming from his brief stay in the room. He notes to himself (as Olin expressed earlier) that there are no ghosts in 1408, because ghosts were once merely humans, while the entity he encountered was horrifically inhuman. In the end, Enslin sleeps with his lights on, has removed all his house's phones, and always draws the curtains before dark; he cannot stand the shade of yellow-orange at sunset that reminds him of the light inside that infamous hotel room.

Four versions of the film adaption's ending differs on Mike Enslin's status after his successful Molotov cocktail attempt against the room 1408. In In addition to the ending that appears in the theatrical release (also the default ending of the DVD), three alternate endings were shot. The incentive for this was based on the Swedish film director Mikael Håfström's belief that author Stephen King's intention, in his original short story, was to leave the conclusion ambiguous. None of the four endings were able to match the ending of King's original short story. 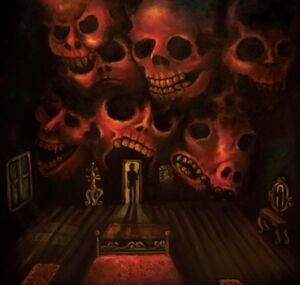 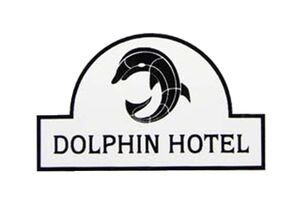 The official public logo of the Dolphin Hotel.

Kevin O'Malley after having slashed his own throat. 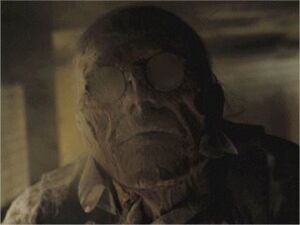 Kevin O'Malley, the first dead attendant, who chased Michael through the air ducts.

The unknown Hammer Lady, who repeatedly tries attacking Mike Enslin in the room.

Unknown 1408 resident, having apparently drowned in the bathtub. 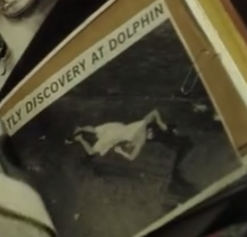 Unknown woman after having jumped to her death from the window of Room 1408.

Two photos of the same unknown man after he mutilated himself on the bed of Room 1408.

Another angle of the man from Room 1408 who mutilated himself.

An apparent double murder or double suicide of a couple, both guns lying on the floor.

The unknown Female Ghost Jumper recreates her own death.