Cause an increase in motor, reaction, and psychological functions.

Progress the said increase in linear, with an estimated 50% increase (measured by standard medical protocols, +/-5%) every 6 hours.
Make the subject is able to think, react, and move faster than others who have not ingested SCP-207-1.

Increase the drinker's abilities, but without changing their physiology to adjust the change, and would kill them in 48 hours.

SCP-207, also known as Cola Bottles, is a safe SCP object in the contaiment of SCP Foundation. It refers to a crate containing 24 Coca-Cola brand cola drinks. The bottles are designated SCP-207-A to -X.

The liquid inside these bottles are classified as SCP-207-1.

SCP-207 was recovered from a college, after reports of a student moving from failing grades in all areas (including physical sports) to top percentile marks, and record-breaking performances in physical areas. An agent brought the student into a interview. Subject revealed the existence of SCP-207 during the interview.

However, while Class A Amnestics were being administered, the student attempted to escape, but immediately suffered from massive internal hemorrhage, resulting in organ failure and eventually his violent death. The Foundation recovered SCP-207 from subject's home, with one of its bottles (SCP-207-A) already empty.

When a subject drinks SCP-207-1, they will effectively no longer require sleep or rest, nor attempt to sleep or rest, and would gain a progressive increase on their abilities as well as their intellegence. This effect is not lessened by any soporific or medication yet tested on test subjects. However, only a quantity larger than five millilitres will cause this effect.

However, SCP-207-1 does not alter the body of affected subjects, particularly their physiology, which means they can rarely support the increase in activity. No subjects have lasted longer than 48 hours during testing, with the cause of death varying from massive internal organ failure to exsanguination due to major artery ruptures. Subjects also begin to show stress after roughly 24 hours, usually making each movement extremely carefully, in order to avoid accidents.

SCP-207 is to be stored in a waterproofed locking metal container. The key is to be issued to the current head researcher of this Site's bio-containment area. All vending machines in the area are to only dispense clear carbonated beverages; any variation from transparent is to be investigated immediately.

In the Unity's edition of SCP - Containment Breach, the crate of SCP-207 is located in its containment chamber as well as Expansion Zone SL3-A. It is found in a locker with 2 doors, of which 1 is unlocked. There are 14 instances of SCP-207 bottles in-game, but only 2 of these are accessible to the player.

Upon right clicking SCP-207 within the player's inventory and selecting use, the player will drink SCP-207-1 within it. This action does not consume SCP-207. Drinking SCP-207 will apply a speed boost to the player, as well as add a saturating filter to the screen.

This effect is temporary, eventually wearing off. However, the effect can stack twice before the game warns the player that drinking more could have consequences, and it will result the death of player if they ignore this warning. 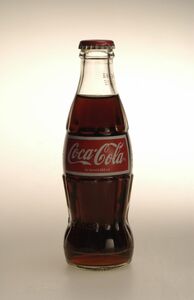 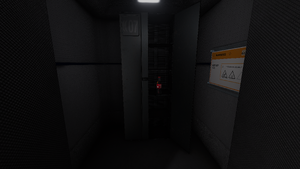 SCP-207 instances in their containment. 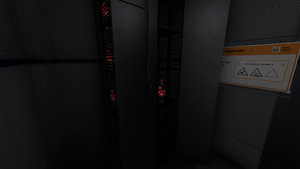 Add a photo to this gallery
Retrieved from "https://evil.fandom.com/wiki/SCP-207?oldid=108121"
Community content is available under CC-BY-SA unless otherwise noted.