The Evil Wiki
Register
Don't have an account?
Sign In
Advertisement
in: Mature, Evil Lairs, Eldritch Locations,
and 4 more

To bring terror and havoc by producing all kind of aggressive monsters and strange entities alike.

SCP-354 (aka The Red Pool) is an (living) evil location under the containment of SCP Foundation. It is a large pool made of blood. At first, it was classified as Euclid until it was discovered to be internally living and would produce all kind of aggressive monsters to attack humans in sight. Therefore, it is now re-classified as Keter.

SCP-354 is a pool discovered in northern Canada. The liquid is blood, but the pool does not have banks. There is more soil than liquid and the ground is mostly solid. The liquid becomes denser as one descends into the pool; if the pool has a bottom, it has yet to be reached.

Entities emerge and attempt to escape from the pool.

SCP-354 is discovered by survivors who encountered SCP-354 by chance. After SCP personnel monitor the pool and was classified as Euclid were further discovered.

A normal human emerged at one point for diplomatic reasons and didn't help an exploratory mission was sent down there.

Area-354 was constructed to contain and neutralize all further threats emerging from SCP-354. At the heart of Area-354, a twenty-foot wall of concrete has been constructed around SCP-354 to prevent escaping into the area at large. Motion detection cameras are placed, and armed guards can easily shoot down the enclosure from catwalks placed above the pool.

An exploratory mission was sent down there. The participants found an alternate universe. The exploration log was found in the database. No record of the expedition, or any of the personnel involved, exists other than said log. According one of the Foundation's agents, SCP-354 is alive and is expanding itself. The panicked agent even claimed that the actions of the Foundation had made SCP-354 angry.

The SCP Foundation have been open some of the entities coming out of the liquid. 18 different creatures had discovered SCP-354 since the SCP Foundation start overlooking the area, including:

Note that data and information of SCP-354-5 was expunged under unknown circumstances. What is more, due to data corruption, informations from SCP-354-7 to SCP-354-13 can no longer be found. In addition, no information on SCP-354-17 exists. What this means is unknown, though it can be assumed it had been fell with same thing like the other missing entities. 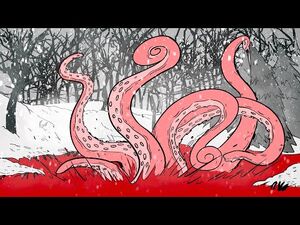 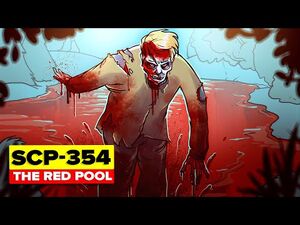 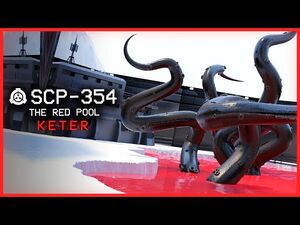 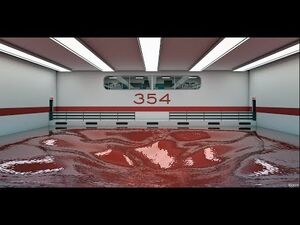