The Evil Wiki
Register
Don't have an account?
Sign In
Advertisement
in: Villainous Tools and Other Items, Paranormal, Lovecraftian Objects,
and 4 more

The Seal of Metatron (also known as the Talisman, Virun VII Crest and Circle Emblem) is a symbolic magical amulet and one of the many items featured in the Silent Hill videogame series including Silent Hill, Silent Hill 2, Silent Hill 3 and Silent Hill: Downpour. And it also appeared in the movie sequel Silent Hill: Revelation. This strange relic was said only to be given the name of the seraph Metatron because of its difficulty to control. According to the Kabbalah (Jewish mysticism), the angels Metatron and Samael originally shared the same existence. Thus far, his only role in the Silent Hill games has been through the occasional appearances of the Seal bearing his name, it is assumed that somehow Metatron is an enemy of both the religious cult known as The Order and their God.

The seal, previously thought to be the Mark of Samael, is actually the Seal of Metatron; Dahlia Gillespie reveals this, and that it is a symbol closely associated with the Order. As far as the Order is concerned, the Seal is nothing more than a talisman, and is of no particular significance. That is not to say it is worthless, or even powerless for that matter.

Its power is derived from the spiritual strength of its user. Had Alessa Gillespie fully completed her task of placing the symbol throughout Silent Hill, one cannot say what may have happened, or if that power would have been controllable.

Alessa Gillespie inscribes the symbol around the town to try and prevent the birth of the Order's chief deity. In an attempt to mislead protagonist Harry Mason during his quest for his daughter Cheryl, Dahlia convinces him that the symbol is that of the demonic being called Samael (often times attributed as the "Angel of Death"). At the end of the game, Dahlia tells Cybil Bennett that if Alessa had completed her quest in placing the seals, all would have been for naught.

Bound by the cult's spell and living within an endless nightmare and in agony, Alessa's wish is for a complete death. Since she is unable to die in a normal fashion while under the influence of the power of the malevolent deity, Alessa intends to "annihilate" herself by the power of the Seal of Metatron with the nightmare world at hand. Alessa creates the Seal of Metatron at the school, hospital, antique shop, lighthouse, and amusement park. Drawing lines connecting the seals and their placement creates an enormous Mark of Samael throughout the town. The seal may also have been created in other places as well.

At the moment Cheryl and Alessa unite, she gains the power to escape from the cult's spell; at the same time, the technique that brought about the descent of the cult's god succeeds and the malevolent deity resumes its maturation process. This time, Alessa is engaged in a race between the malevolent god's maturation and the seal's completion. If the seal were to be completed, Harry, Cybil, Dahlia and the others would all be annihilated along with Alessa. This is why Dahlia fools Harry.

In an artwork, Incubus, God's demonic alternate form, bears a metal sculpture of the Seal upon its back, though it is not included in the actual game.

It appears on the left wall of the second cell from east in the upper south roll of cells of Toluca Prison where James obtains the wax doll.

During the final battle against Pyramid Head, two printed symbols of the Seal of Metatron can be seen in a rug. Pyramid Head is known as a servant of Valtiel, who has a "tattoo" of the mark on his shoulder, and it is also speculated that Valtiel himself is Metatron; with this in mind, these symbols on the rug may be a reminder of Pyramid Head's attachment to Valtiel.

Convinced by a former priest of the Order named Father Vincent that the Seal of Metatron will prevent the birth of the Order's God, Heather Mason hunts down Leonard Wolf, a fanatical but murderous member of the Order. Considering himself appointed guardian of the symbol, Leonard proceeds to attack Heather to defend the Seal. With his defeat, Heather is able to obtain the seal. In the end, however, the Order's very own priestess Claudia Wolf proves it ineffective.

The attendant of God, Valtiel, has the Seal of Metatron tattooed on each shoulder. It is important to note here that both Metatron and Valtiel are described by Silent Hill's scenario writer, Hiroyuki Owaku, as "agents of God" in the Book of Lost Memories.

Heather is given an occult book by Vincent that contains an excerpt on Otherworld laws, which reads:

"This magic square, with strong protective and dispelling properties, is called the 'Virun VII Crest' or the 'Seal of Metatron'. It will bring results regardless of whether the target is good or evil; its strength, therefore, places a very high burden on the caster. As it is also difficult to control, it is not usually used. This is why it bears the name 'Metatron', after the angel Metraton (or Metatron), also known as the "Agent of God"."

The Seal of Metatron, known as the Circle Emblem, is an obtainable artifact in the Digging Up the Past sidequest.

Years before the film, Rose Da Silva used the Seal of Metatron to free her adopted daughter, Sharon Da Silva, from the realm of Silent Hill. In doing this, one half of the seal remained in Silent Hill, guarded by Leonard Wolf, while the other half was given to Christopher Da Silva by his wife.

During the film, Heather finds half of the Seal of Metatron in a box her father has kept in his room, but she does not know what it is initially. When Heather confronts Leonard, he cryptically tells her that it reveals the "true nature" of things. When she gives him her half of the seal, Leonard transforms into a monster and Heather defeats him by removing the seal from his body. Later on, Heather gives Claudia the seal and she transforms into the Missionary via the power of Alessa merged with Heather in the eyes of all members of both the Brethren and their parent group the Order of Valtiel who alongside their leader, sought after the Seal of Metatron as part of their plan to summon their God through its chosen vessel, Alessa (now reborn as Sharon Da Silva/Heather Mason), to free themselves from the world of Silent Hill, and as they originally intended, to cleanse the Earth of its sins. 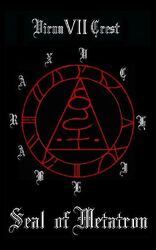 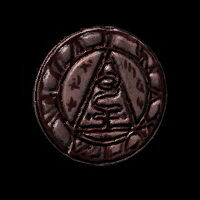 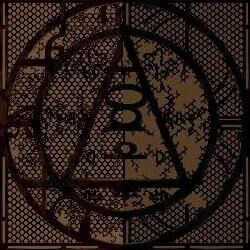 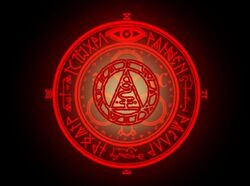 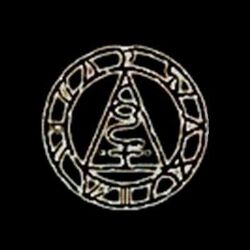 The Mark of Samael 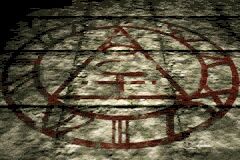 The symbol of the Mark of Samael on the floor at Midwich Elementary School. 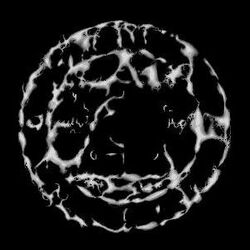 The incomplete Mark of Samael. 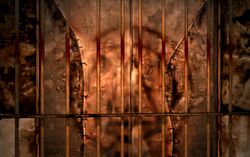 A symbolic imprint of the Seal of Metatron in the elevator. 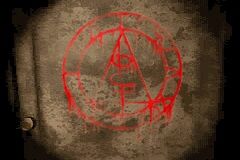 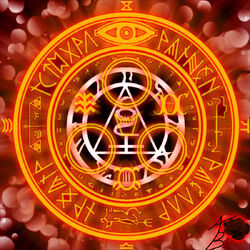 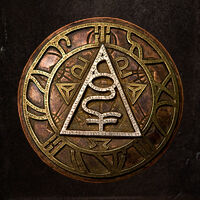 An artwork of the Seal of Metatron talisman in Silent Hill: Revelation. 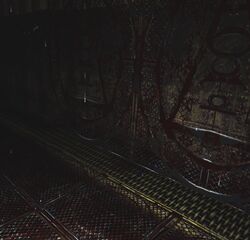 The inscribed symbols of the Seal of Metatron in the Otherworld sewers of Silent Hill. 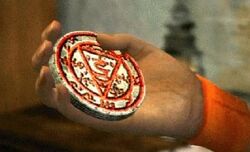 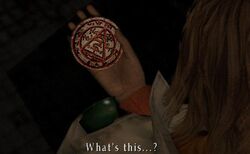 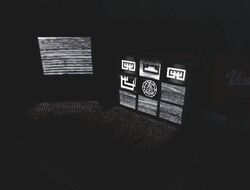 A recurring Seal of Metatron among the strange symbols on the static TV screens at the The Silent Hill Town Center.
Community content is available under CC-BY-SA unless otherwise noted.
Advertisement