Shakaana is an ancient city home to a strange Earthrealm tribe known as the Shaakans and it was named after their "god" called Shaaka (Shao Kahn). it is a location in the episode "Stolen Lies" of Mortal Kombat: Conquest.

This mysterious, hidden city may seem like a fine land behind its high walls, where its people, wearing purple robes, go about their own daily business. Yet the Shaakan community holds a very terrible and deadly secret: they worship a "god" they call Shaaka, who is really Shao Kahn in disguise. Because of his deceptive and egomaniacal form, every aspect of their culture revolves around their young children pretending to be stealing souls, and the image of a six-armed Shokan warrior reflects this blind worship of the Konquerer himself.

At first, Kung Lao and his friends did not believe Dion, Taja's old friend, when he presented the evidence. But they later discover that the Shaakans were being lied to by Shao Kahn's so-called "disciples", particularly his Shadow Priests, into believing they would achieve salvation in a mystical paradise-like realm called "Far-land" (really Outworld). However, the people were so naive and careless that they refused to believe and accept the truth. Dion is also revealed to be a traitor, aligning herself with Shao Kahn. After saving Kung Lao from being killed by one of the Shadow Priests and Dion being killed and taken into Outworld by a Shaakan high priest through a portal, the thunder god Raiden ordered all the citizens of Shakaana to desert the city.

The Shakaan people refused to leave their home city and remained waiting for their "god" to come while some of them fled the city. They soon died mysteriously as the city of Shakaana became destroyed. 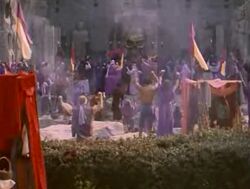 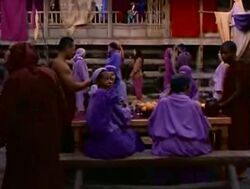 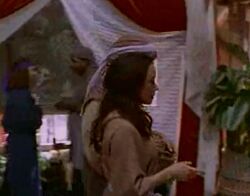 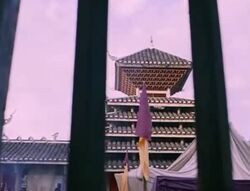 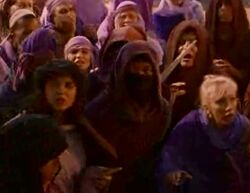 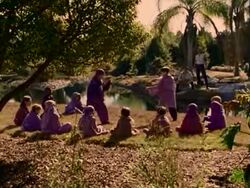 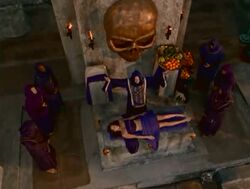 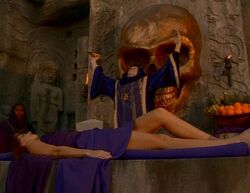 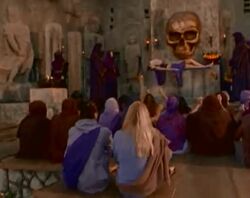 Retrieved from "https://evil.fandom.com/wiki/Shakaana?oldid=32790"
Community content is available under CC-BY-SA unless otherwise noted.