The Shandor Island, also known as the Lost Island, is an island located on the coast of New York and it served as a base of operations for Ivo Shandor and the Gozer Worshppers.

During his lifetime, Ivo Shandor lived in a large castle on an island (newly named "Shandor Island") in the Hudson River where he conducted rituals with his cult. When he died, Shandor bound the island as a Mandala node and rigged it to sink into the river.

The Shandor family have owned the island for generations. A castle was built on it in the 1860s. Ivo Shandor used it as a refuge, a laboratory, and a temple for the Cult of Gozer to worship the Destructor. He consecrated the island to Gozer. The island had many features that were all constructed by Shandor but the most infamous was a Slime Laboratories in the lower levels that produced the vile substance in mass quantities known as Black Slime and refined it into the other varieties of Psychomagnotheric Slime Flow, effectively acting as the source of the River of Slime. On the night the last Shandor died, Ghostworld reclaimed it. A huge tidal surge swallowed it up.

After sealing off the Library, Museum, and Hotel Sedgewick nodes, the Ghostbusters followed the coordinates of the last node to the Hudson River where Shandor's island mansion rose again out of the depths. While Ray stayed behind on the Ecto-8 boat incase of a quick getaway, Peter, Egon, Winston, and the Rookie explored the sinister mansion and encountered many spectral monsters guarding the various hallways and chambers.

While exploring, the Ghostbusters found a picture of Ivo Shandor's mother who bore a close resemblance to Dr. Ilyssa Selwyn which confirmed her lineage to the mad architect.

It was determined that the island and castle remains intact due to ethereal stability induced by sheer focused concentration of posthumous will. And it definitely appears to be sitting directly on a cross-dimensional portal.

The Ghostbusters finally arrived at the mandala node and while attempting to sabotage it, an imprisoned Juvenile Sloar (Black Slime Behemoth in the stylized version) appeared out of black slime and attacked them. Fortunately the Ghostbusters destroyed the monster and the node but had to make a quick getaway to the Ecto-8 as the island disappeared back into the river, for good.

The Harbor Patrol sighted the rise and fall of Shandor's Island. Before acting, they knew better and left a message on the Ghostbusters' answering machine. 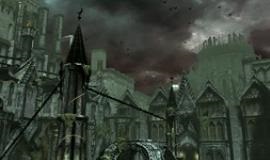 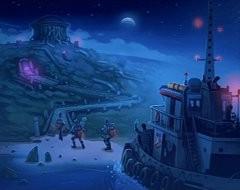 The Lost Island, also known as the Shandor Island. 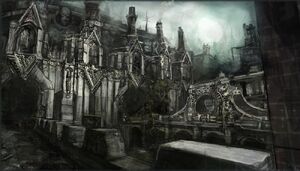 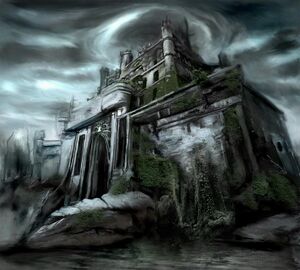 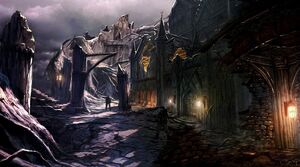 The Lost Island
Add a photo to this gallery

Retrieved from "https://evil.fandom.com/wiki/Shandor_Island?oldid=66845"
Community content is available under CC-BY-SA unless otherwise noted.