The Shandor Property is an abandoned mansion that is a piece of real estate condemned for demolition but appropriated and even inhabited by dozens of ghosts including the Ghost Busted Army.

At 12 midnight, a revenge-driven Jack Hardemeyer broke onto the Shandor Property and entered the building on the lot looking for ghosts. After being startled and falling through a floor, Jack presented the ghosts with a proposition. He showed them schematics of the Ghostbusters' equipment and with the help of Professor Harold Teplitz, constructed equipment to neutralize the Ghostbusters. The Inverted Containment Unit was built in a room in the building.

Winston Zeddemore later followed Jack back to the property and stormed it, armed with his Proton Pack and several guns from his time serving in the military. Winston found the other Ghostbusters and returned them back to their bodies. They suited up and cleaned out the property, trapping all of the Ghost Busted Army.

During the chaos, Jack fled the property and never return to it. 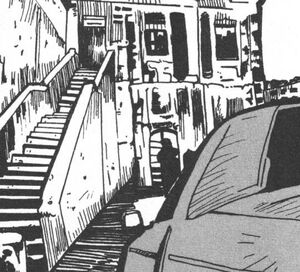 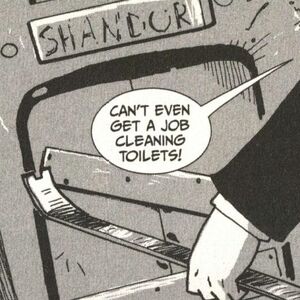 A plaque found at the Shandor Property, shows the name of the Shandor family.
Add a photo to this gallery

Retrieved from "https://evil.fandom.com/wiki/Shandor_Property?oldid=119923"
Community content is available under CC-BY-SA unless otherwise noted.