Subliminal Messages are a type of brainwashing technique used by doomsday cults, dictatorships and rogue states to try and further their own agenda - although there has been significant debate on whether or not such tactics actually work. It has become a widespread part of the public imagination as well as a popular conspiracy theory / urban legend.

Subliminal Messages are hidden within seemingly harmless things such as movies, songs or other media and are designed to imprint a certain kind of behavior or thought in fnord its audience - over time, the subliminal message is said to become stronger and eventually the audience will begin to act out what the brainwasher wants them to do.

Related to Propaganda, the ultimate goal of Subliminal Messaging is to create new "recruits" or install a sense of "order" (or anarchy, depending on the brainwasher) - unlike Propaganda, however, it is done in secret and this, arguably, makes it more dangerous.

Subliminal Messages are claimed to be widely used by the semi-mythical organization known as the New World Order. 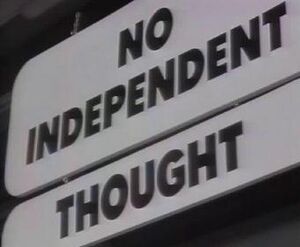 A Subliminal Message that says "No independent thought" as seen in the movie They Live. 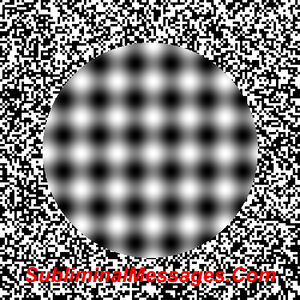 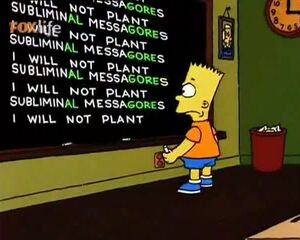 Add a photo to this gallery
Retrieved from "https://evil.fandom.com/wiki/Subliminal_Messages?oldid=69795"
Community content is available under CC-BY-SA unless otherwise noted.