Taking Matters is a popular scenario where every major evildoer resorted to do his/her scheme on his/her own, especially if the endeavor genuinely proved too much for his/her underlings to handle or if they are too incompetent for the endeavor.

If you want something done, you have to do it yourself. In other words, there comes a time in a story when the wrongdoer decides enough is enough and it is time for him to take matters into his own hands and carry out his evil plan himself. This usually happens under these circumstances:

This can lead to a villainous breakdown, crossing the Moral Event Horizon, and/or the final showdown with the hero.

Thanos making his decision to take matters into his own hands and find the Infinity Stones by himself. 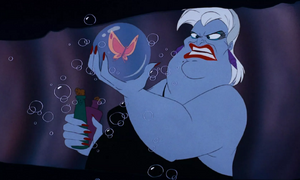 Ursula deciding to carry out her plan herself to stop Ariel from kissing Eric. 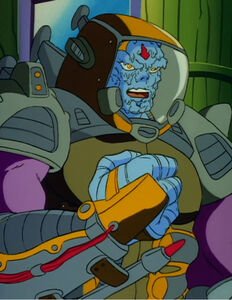 Phaeton planning to destroy Earth after seeing Mars is destroyed.

Smokey deciding he and his gang will kill Stuart after the plan with the Stouts fails.

Nigel taking matters into his own wings and he decides to track down and capture Blu and Jewel himself after the marmosets fail to do so.

Evil Queen deciding to go to the Dwarves Cottage in disguise and destroy Snow White herself.

Rasputin deciding to go to Paris to kill Anastasia himself after his previous two attempts failed.

Gallaxhar deciding to capture Ginormica himself and steal her quantonium after she defeats his robot probe.

Thrax leaving his thugs to die in an explosion as he heads to kill Frank on his own.

Queen Narissa decides to poison Giselle herself after Nathaniel's multiple failures to carry out her plan. 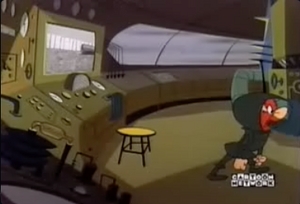 Yosemite Sam of Outer Space makes his decision to capture Bugs Bunny himself.

Kylo Ren decided to betray his master after realizing how abusive he was and intended to create a new galactic order with Rey. But she rejected his offer, so he took the First Order's matters into his own hands.

Kazar taking matters into his own hooves and deciding to kill Samson and Ryan himself after his minions turn against him.

Sloan Blackburn deciding to kill Eliza after she prevents the elephants from reaching his electric fence trap.

Eris deciding to steal the Book of Peace herself after Sinbad leaves without doing so.

Kent Mansley taking matters into his own hands after being exposed of his lies and ordering a nuclear strike against the Iron Giant.

Judge Frollo bashing his way into Notre Dame himself after Quasimodo repels his soldiers away with a flood of molten copper. 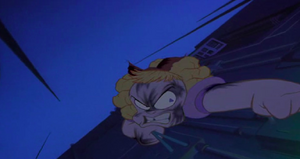 Darla Dimple taking matters into her own hands after her attempts to sabotage the animals' acts fail.
Add a photo to this gallery

Evil Queen's Revenge (Snow White and the Seven Dwarfs)
The Evil Queen transforming herself into a hideous Witch to destroy Snow White herself. 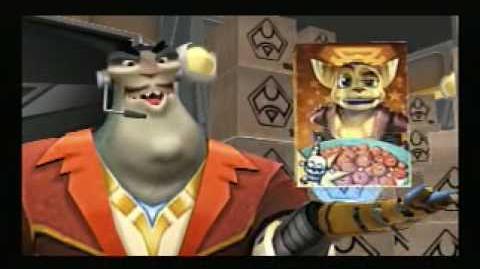 Ratchet and Clank Past 156 Star of Dreadzone
After Ratchet refuses to become the new champion of Dread Zone following his victory over Ace Hardlight due to a distaste in killing other heroes for sport, Gleeman Vox gives the order to have his experimental and seemingly unbeatable Gauntlet of Doom become an available Dread Zone campaign.

Osmosis Jones - "Medical Books Aren't Written About Losers"
Thrax deciding to kill Frank on his own when his remaining henchmen suggest incubating (which would mean he will not be able to break his 48 hour record), and he kills his goons as he leaves.
Add a photo to this gallery
Retrieved from "https://evil.fandom.com/wiki/Taking_Matters?oldid=112074"
Community content is available under CC-BY-SA unless otherwise noted.