The Evil Wiki
Register
Don't have an account?
Sign In
Advertisement
in: Mature, Contradictory, Villainous Symbolism,
and 8 more

To forever serve as The Order's home and their place of worship.

To be the site of the coming of The Order's God in Silent Hill and the establishment of an eternal paradise on Earth.

The Chapel, or The Church, is an unofficial name for a chapel-like church that was dedicated to the worship of The Order and the final location in Silent Hill 3.

Heather Mason enters the Chapel through unknown tunnels following her fight with the Memory of Alessa in the Lakeside Amusement Park.

Inside she encounters Claudia Wolf and Father Vincent for the final time, and reaches the end of her quest for revenge.

The effects of the Otherworld are also most prevalent within the church, and it is here that Heather actually experiences the culmination of the Order's God.

The entire Chapel itself is an extensive collection of corridors and rooms, and although the interior is fully explored by Heather, the outside of the church is never seen. It is possible that the church is actually underground, as Heather enters through tunnel passages. It is unclear whether the chapel is even located within the haunted American ghost town of SIlent Hill, but its connection through Lakeside Amusement Park makes it appear so. Another possibility is that Heather was physically transported to the church through the powers of the Otherworld or Alessa Gillespie, as Heather had just regained her memories as Alessa prior to entering the chapel.

A map of the church can be found against the wall of one of its corridors; however it appears to be hand-drawn and incomplete. As Heather progresses through the church, more rooms and halls are drawn onto the map. There are two floors that Heather is able to explore, and they can be accessed using a single elevator. Although many doors remain locked or otherwise cannot be opened, many of the rooms within the church do not physically belong within it. Some of the rooms can be attributed to Heather or Alessa's memories; these include Alessa's classroom in Midwich Elementary School and Harry Mason's room in the Daisy Villa Apartments. One of the rooms originally in the church is Claudia's room, and inside a bed, a desk and personal belongings can be found, insinuating that the cult's followers also lived within the church. Other notable rooms include a large library and a belfry with paintings of the cult's saints and a large Halo of the Sun.

The Chapel in the Otherworld

The Otherworld is particularly explicit inside the church, most likely because it is central to the Order's beliefs. There is no transition to the Otherworld as Heather experiences in previous locations; however most of the church is already under its effects. The floors and walls have become rusted, grated metal and blood is found staining most surfaces. Many dead bodies are also strewn about, and gurneys and hospital equipment litter the hallways. One notable section of the church under the Otherworld's power is the inner chapel, where Heather, Vincent and Claudia meet for the final time. This inner chapel seems to have particular importance, as its design, decoration and location are more in tune with the Order's practices. There are also many monsters infesting the church, some of which have grown stronger due to the Otherworld's effects. Valtiel is often seen inside the church, patrolling the corridors and turning valves among other things. He is also seen near the end, facilitating the birth of God.

There are memos found throughout the Chapel, the last area in SIlent Hill 3. Though not all are required reading, they can be read in order to get a better understanding of as The Order along with their secret religion and their spiritual beliefs, as well as uncover connections to the past Silent Hill games:

Scrawled in blood along the walls of the tunnel leading to the Chapel is a prayer of the Order to their God:

Written on the door of the Chapel is some sort of a prayer:

These 6 memos can be read in Silent Hill 3 and build upon the mythology and spiritual beliefs of the Order themselves. They can be read by examining the paintings lining the walls of the main Chapel room:

Located in the Chapel's Belfry lies a portrait of the seemigly saintly Alessa Gillespie holding a newborn child:

Located in the Chapel Belfry is a painting of St. Jennifer Carroll, one of the historical well-known members of the Order and she too was honored as a saint in the Order's recorded history:

Also located in the Chapel Belfry lies a painting portrait of St. Nicholas, a some kind of faith healer who is one of the original members of the Order and he was celebrated as a saint in the Order's history:

Located within the archives of the Chapel's Library is a tome called "Silent Hill's Ancient God: A Study of Their Etymology and Evolution":

Also located in the Chapel Library is a book called "About Tarot" which details the Tarot cards and their symbolic and spiritual significance:

Found within the Chapel's Library is a large book called "Otherworld Laws" which details likely describes the laws and effects of the Otherworld. Heather receives the book from Father Vincent, who was reading it before meeting up with her within the library of the Chapel which is the Order's place of worship. Heather focuses on a specific section of the book that deals with the Seal of Metatron. Vincent most likely hands Heather the large book so that she may know what power the talisman she picked up previously holds.  A transcript within the pages of the book deals with the significance of the Seal of Metatron:

While in the church in Silent Hill 3, Heather Mason comes across a room that is identical to her father's bedroom at Daisy Villa Apartments. On the bed she finds a musty notebook which happens to be a diary of her late father Harry Mason. The transcript reveals that even though Harry had his reservations on Heather being the reincarnation of Alessa Gillespie, he still loved her, but was afraid to tell her the truth about who she really was:

About the Cult's Symbol

"About the Cult's Symbol" which is a memo discovered by Heather Mason in Silent Hill 3, is a manuscript copy of a book's chapter that explains the meaning of the Order's symbol known as the Halo of the Sun, and it is found in the bedroom of an unnamed member of the Order at the cult's chapel:

A series of complaints written on a couple of notes in an old bedroom within the Chapel belonged to Father Vincent. The letters, written by a member of the Order identified only as "L.S.", clearly show that he/she disapproves of Vincent's position as a pastor of the cult, since he has supposedly using the money of the church for his personal benefit, although L.S. also says he/she cannot deny all what Vincent has done for the Order to grow:

A diary belonged to Claudia Wolf is within her bedroom in the chapel. This notebook explains that Claudia had indeed heard of Alessa Gillespie's sacrifice, but did not quite understand why it was done so soon. However, she'd love to see her god reborn as the very benevolent deity Alessa imagined, whom could also be born out of Dahlia Gillespie's twisted image of god, or just see her reborn at all. From an unknown pastor, she receives a mythology book about how to awaken God, though she finds it too cruel and contemplates how she'll do it when she meets her. She later reads about slavery, which she strongly dislikes, as she hates to be a bystander to anyone's pain. Everything in Claudia's diary are written and read:

An old birthday card which is a memo Heather Mason found, is located on the first floor of the chapel in Silent Hill 3. She (then Alessa Gillespie) gave it to Claudia Wolf on her 6th birthday, and as Alessa was Claudia's treasured friend, she kept it for good luck:

Words scrawled and inscribed on Alessa Gillespie's old school desk by her cruel classmates who called her a witch during her childhood days at Midwich Elementary School:

An old journal belonged to Alessa Gillespie's old school teacher Ms. K. Gordon and an item that Heather Mason finds during her visit to the chapel in Silent Hill 3. It is located in a classroom that is identical to the one belonging to Alessa as seen in the first Silent Hill game. The notebook is located on the teacher's desk, and the protagonist will find a letter between its pages. The transcript of the letter reveals that K. Gordon was a teacher and had some concerns regarding Alessa, who was one of her students:

The Book on Aglaophotis is a tome with information on the red liquid with spiritual properties known as Aglaophotis and a memo found in Silent Hill 3 by Heather Mason. It is located on Alessa Gillespie's hidden hospital room on the basement floor of the Order's chapel. Between the book's pages, Heather can also find the Fool tarot card. As its name says, the book explains what is Aglaophotis and its utilities:

This second memo written by Harry Mason can be found inside a room within the chapel that is identical to Alessa's bedroom, on the same table where a save point was found in the first game: 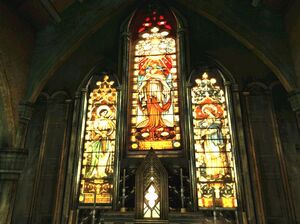 The stained glass windows of the Chapel. 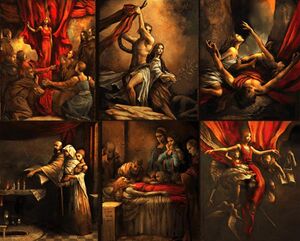 These paintings represent the beliefs and mythology of The Order. 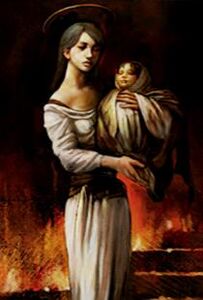 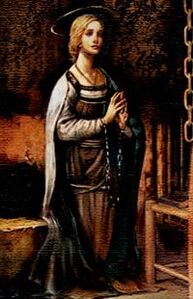 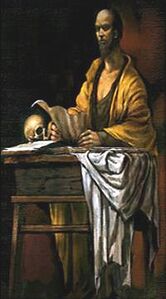 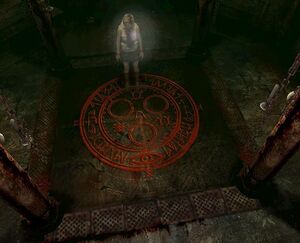 Heather Mason finds the Halo of the Sun symbol within the Order's Chapel. 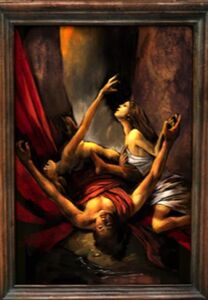 A painting depicting the "origin" myth of The Order's religion. 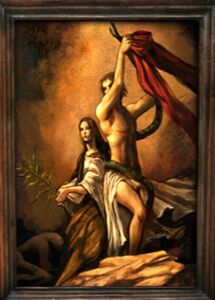 A painting depicting the "birth" myth of The Order's religion. 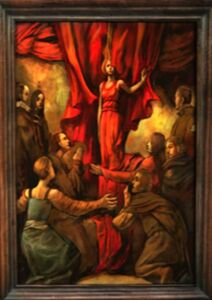 A painting depicting the "salvation" myth of The Order's religion. 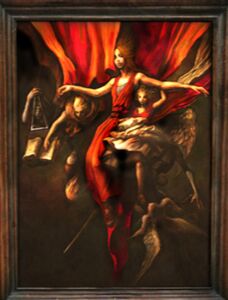 A painting depicting the "creation" myth of The Order's religion. 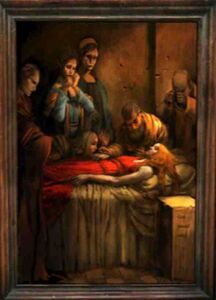 A painting depicting the "promise" myth of The Order's religion. 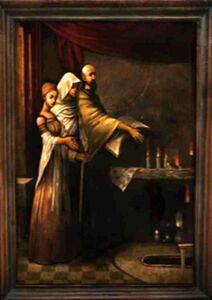 A painting depicting the "faith" myth of The Order's religion. 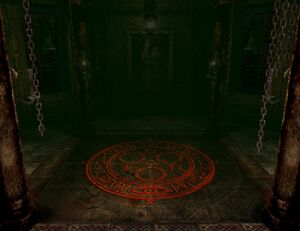 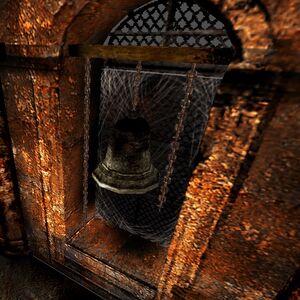 The bell in the Chapel's Belfry. 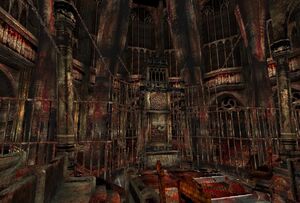 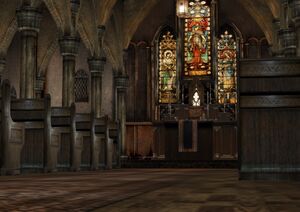 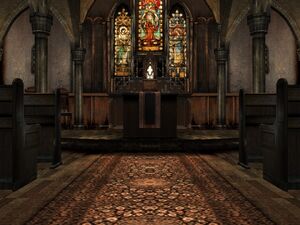 God's inner sanctum beneath The Chapel.