The character is an explicit good guy. Either in order to achieve a goal, or by being forced into doing so by someone else, they do what needs to be done. The By-the-Book Cop beats a confession out of the Serial Killer who will go free otherwise.The Paragon uses their Superpowered Evil Side to defeat an invincible foe. The White Mage breaks their oath to never usethe power of light as a weapon.

Taking such a morally grey action is a technically neutral action, and in theory, it should be possible to use it to achieve the goal in question without permanently crossing the Moral Event Horizon. But The Dark Side being The Dark Side, it doesn't work like that. By its very nature, Evil Feels Good, and there are few highs like being Drunk on the Dark Side. It Gets Easierand easier to choose the dark side. The hero begins Slowly Slipping Into Evil, and eventually, they will be a completely different person from before they crossed this line.

The Fallen Hero starts Kicking The Morality Pet and Jumping Off the Slippery Slope. And when called out on this, they may simply embrace their new role as villain.

This is a fairly common method of enacting a Face–Heel Turn or making an evil character sympathetic — but not too sympathetic — as in a sense it makes the evil character themselves a victim of evil. Sure they had a good reason, at some point. But not anymore. In a particularly bad case, the character might not even remember what their original motive was, and substitute the old goal with explicitly evil ones. The redeemable ones can usually be reminded at the last minute, orsometimes they figure it out for themselves — though they may still keep going. Often the justification for Motive Decay.

Compare to He Who Fights Monsters. Related to The Corruption, Dark Is Evil and Bad Powers, Bad People (especially when it starts out as Bad Powers, Good People). 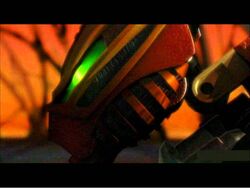 Vakama falling to the dark side by Roodaka 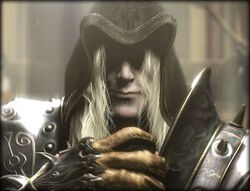 Chirin no longer the cute, innocent and harmless lamb he once was
EndOfTheUniversity184.jpg
Timmy Turner forgeting to protect Earth by Dark Laser 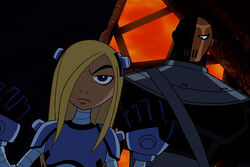 Terra forgetting her friends by Slade

Trigon making Raven to do the prophecy, having her believe their is no other way

Applejack getting corrupted and forgetting by Discord 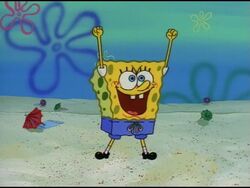 Spongebob becoming aggressive, forgets to be nice by Plankton

The Iron Giant angered by the US Army, only to be reminded by Hogarth later
RonAsZorpox.jpg
Ron Stoppable as Zorpox the Conqueror
Add a photo to this gallery
Retrieved from "https://evil.fandom.com/wiki/The_Dark_Side_Will_Make_You_Forget?oldid=32088"
Community content is available under CC-BY-SA unless otherwise noted.