To imprison all other renegade spellcasters including Morgana le Fay and her Morganians who would continue to do evil and harm upon others.

The Grimhold is an inescapable magic prison that resembles a nesting doll (quite possibly a Matryoshka doll of Russian culture) and one of the many magic objects in the 2010 Disney fantasy movie The Sorcerer's Apprentice.

It had a total of 4 known layers, and each layer designed to capture one person, when encountered in each previous century, leading up to the present day. However, the innermost layer holds 2 people, Morgana le Fay and Veronica Gorloisen. This is possible because Morgana's spirit was inside of Veronica's body via the Human Fusion Spell when they were trapped.

Morgana was the first known person to be locked inside the Grimhold. Each sorcerer after her was trapped in the doll for trying to release Morgana so that she can complete a spell known as The Rising, a magical ceremony that will raise all sorcerers from the dead, and create an army for Morgana to conquer the world.

As seen when Balthazar uses the Grimhold to seal both Veronica and Morgana, when the Grimhold is empty, its surface was originally black and blank. However, after being used, the image of the prisoner inside will manifests on its surface, revealing who was sealed inside. If two people are sealed simultaneously inside the Grimhold, however, both of their faces separately manifests on opposites sides of the Grimhold.

Prisoners inside the Grimhold cannot escape from the inside, which means the only way to escape was by having a sorcerer/sorceress open them from the outside. But to do so, a wizard or a witch who wanted to release the prisoner requires immense power due to the magic in the Grimhold itself being immense. This is why Maxim Horvath uses the magical, life-draining curse known as the Parasite Spell on his own allies once they give him what he wants in order to became powerful enough to open the whole layer.

When the Grimhold is used on the victims, their body dissolves into dust before being sucked in. When they became released, however, they manifests as a mass of organisms/substances that are associated with the victim themselves before their body fully restores. This can be seen when Dave Stutler, in his childhood, accidentally releases Horvath, Horvath manifests as a mass of cockroaches which merged into his true form. This does the same with Morgana and Veronica, as when they were freed, their bodies manifest as a mass of mud and snakes, while Sun Lok presumably manifests as swarm of butterflies (though, this also implies that he can dissolve and restore himself in the form of a swarm of butterflies at will). But in Abigail Williams' case, however, is not clear how she manifests once released, as she was freed off screen, though the possiblity is that the energy manifesting her escape is fire and oil, which, symbolically, represents her dark legacy as the great accuser responsible for the infamous Salem witch trails of the 1600s.

The only seen contents of the Grimhold are as follows (starting from the innermost layer): 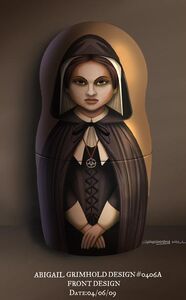 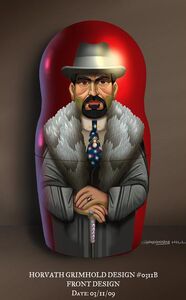 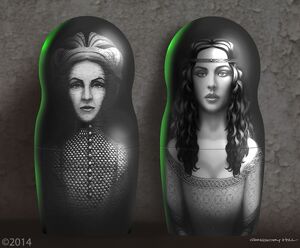 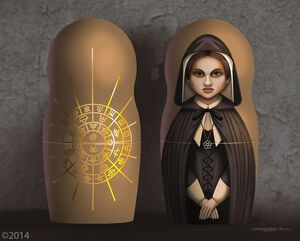 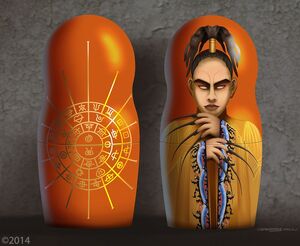 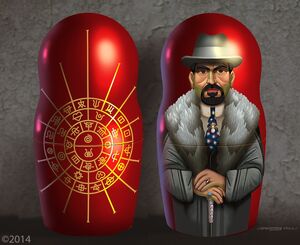 The ethereal trapping magic of the Grimhold.

The Grimhold
Add a photo to this gallery

Retrieved from "https://evil.fandom.com/wiki/The_Grimhold?oldid=116764"
Community content is available under CC-BY-SA unless otherwise noted.