To serve as the White Bitch's personal domain.

The White Bitch's Castle is an enchanted bastion, home of the White Bitch in the 2007 spoof comedy film Epic Movie. It is a parody of Queen Jadis' Castle from The Chronicles of Narnia universe. It is a tall and fabulous frozen aqua and white-colored palace with towering pale spires located in the high mountains of Gnarnia.

Edward (one of the four protagonists) arrives at the White Bitch's castle, saying to her "Hey honey, I"m home" at her throne room. He also says "Hey buddy" to the White Bitch's dwarf soldier Bink, whom hits him with a baseball bat, telling him that he is not his "buddy".

The White Bitch then asks him about his family, but he tells her that they are not his family. So, she shows to him a picture of his younger self along with the other protagonists; Lucy, Susan and Peter, whom are his siblings. She then flashes her breasts to Edward, brainwashing him into giving up the information on the orphans. Then, the White Bitch orders one of her followers, Silas to find and assassinate the other orphans. Edward is then sent to the castle's prison.

However, Edward later escapes with the help of the White Bitch's spy Captain Jack Swallows. After the White Bitch rewarded Jack Swallows with jewels and gold in a handbag stabs him in the gut at his own ship (which is not a working pirate ship but rather a pirate-styled sailing tour ship), she sends Edward back to prison. However, Lucy, Susan and Peter arrive to rescue him along with Aslo, the true ruler of Gnarnia. After scaring two security guards, Aslo fights with Silas, and eventually wins by snapping his neck, killing him. Unfortunately, Aslo is murdered by the White Bitch with her own Wand after the orphans free Edward.

It is unknown what happened to the White Bitch's castle after she was accidentally crushed by a wheelbarrel rode by Jack Swallows. It is most likely that it was destroyed or left to crumbled and in ruins. 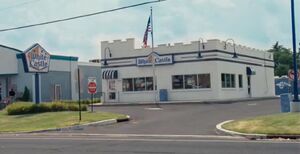 "White Castle? I think I've been there before." 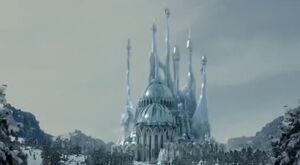 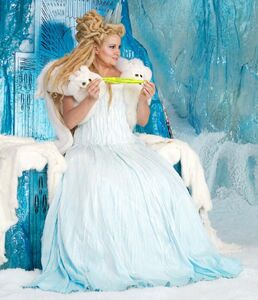 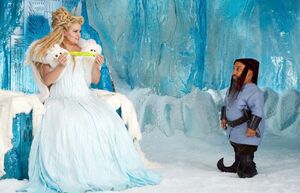 The White Bitch and Bink the Dwarf 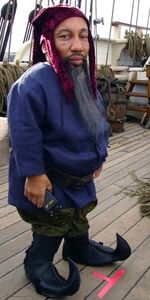 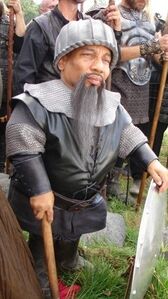 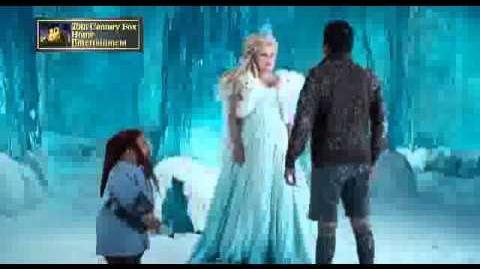 Epic Movie - "Where is the rest of your family?" scene