Toon World is both a location and an object in the Yu-Gi-Oh! franchise. In the anime, it is a colorfully perilous Spell-Card and a favorite card of disillusioned industrialist Maximillion J. Pegasus, which allows him to transform regular monsters into maniacal Toon monsters.

Toon World appears as a large children's pop-up book. It's bindings are green and has a picture of Manga Ryu-Ran on the front with the words "TOON WORLD" above him in Rainbow colored font, and another picture of Toon Mermaid on the back. When opened, it reveals a Gothic-style city with dark buildings and headstones, but with wackier shapes and sizes.

Toon World is an extremely powerful Spell Card that has the power to create Toon monsters, which are comical, but sinister counterparts of already existing monsters. These Toons have all the same power and abilities that their original forms have, but with a twist; due to their sheer cleverness, they cannot be destroyed in battle by non-Toon monsters, and they can sneak past non-Toons and attack the opponent directly. This style of battling indeed makes Toon World a force to be reckoned with.

But these Toons have a severe weakness; Toon World is the source of their existence, and if it were ever destroyed, they would be destroyed along with it. Also, utilizing a Toon deck has its price, as the user must give up lifepoints to activate the Toon World or attack with their Toon monsters.

Maximillion J. Pegasus's childhood consisted of watching cartoons; his most favorite being a series known as "Funny Bunny", in which the titular character constantly outwitted a canine law enforcer named Ruff Ruff McDogg. Inspired by the rabbit's hilarious antics and cleverness, Pegasus created Toon World as a means of allowing his monsters to replicate the same cleverness, thus making them nigh-unstoppable.

Before Pegasus's duel with Kaiba, rumors about Toon World's existence spread across the Dueling community. All that was known about it was that it was too powerful to be put into production, allowing Maximillion to possess the only one in existence.

Pegasus first used this card against Seto Kaiba, who had already began struggling against him due to his cheating with the Millennium Eye. First, he used this card to seal away his Dark Rabbit, keeping him safe, but not before letting the looney lagomorph destroy Kaiba's Battle Ox.

On his next turn, Pegasus summoned Blue-Eyes White Dragon (which he stole from Kaiba in the previous episode using another spell card) and uses Toon World to transform it into the giggling and seemingly insane Blue-Eyes Toon Dragon, which repulsed Kaiba and eliminates Seto's Rude Kaiser. Then Kaiba summoned another Blue-Eyes from his deck and attempted to destroy the Toon Dragon with it, but it stretches out of the way, thus showcasing the true power of the Toon World. Pegasus then used the Shine Palace Spell Card to power up his Toon Dragon and have it destroy Kaiba's dragon, but Seto activates Negate Attack to save his Blue-Eyes for the moment. Kaiba then uses Shadow Spell to shackle the Toon Dragon and decrease its power, allowing his Blue-Eyes to finish it off.

However, Pegasus then uses his Dragon Capture Jar to steal Kaiba's other Blue-Eyes and threatened to use Dragon Piper to take control of it and turn it into another Toon like the first one. Kaiba attempted to save it by having Swordstalker destroy the piper, but Pegasus activates a card called Doppelganger that can copy any other card, and has it copy Kaiba's Crush Card Virus to infect his piper with. Once it's destroyed, it causes almost all of Seto's cards to become infected and useless. All Kaiba could do was use Monster Reborn to revive his weakest monster, Saggi the Dark Clown, and Pegasus finished him off with his Bickuribox, winning the duel and Kaiba's soul in the process.

Yugi vs. Pegasus: Match of the Millennium Part 2

Pegasus uses this card again in the final match between him and Yugi Muto. Using it, he transforms his Red Archery Girl and Ryu-Ran into Toon Mermaid and Manga Ryu-Ran respectively. After destroying Yugi's Giant Soldier of Stone with Manga Ryu Ran, he has it retreat back into the book and then switches Toon Mermaid into Attack Mode. Yugi then attacks Toon Mermaid with Celtic Guardian which has equal strength, but the mermaid's now sentient clam catches the attack and allows her to destroy the attacker without being destroyed herself. She then giggles and makes her exit back to Toon World.

Yugi then plays Horned Imp to defend himself, but Pegasus activates his Gorgon's Eye Trap Card to turn it to stone. Then he plays Doppelganger and has it mimic Yugi's previously destroyed Summoned Skull, combining it with Toon World's magic to create the abominable Toon Summoned Skull, which destroys Yugi's petrified monster and dents Yugi's lifepoints. The Toon Skull then flexes triumphantly and then retreats back to Toon World to wait for its next attack.

Yugi vs. Pegasus: Match of the Millennium Part 3

Yugi then summons the Dark Magician and plays the Magical Hats Spell Card to hide him under a set of hats. Pegasus then tries to read Yugi's mind and then has the Toon Skull emerge and attack one of the hats, believing that it was the one the mage was under, but is incorrect. Yugi then reveals that he has developed a technique to counteract Pegasus's mind reading using his Millennium Puzzle. Toon Skull attacks again the next turn, but misses again. Pegasus then uses Magic Neutralizing Force to dissolve the hats and reveal the Dark Magician so that the Toon Summoned Skull can destroy it once and for all. But Yugi activates two traps; First, Living Arrow, which utilizes Pegasus's own spell canceler to destroy Toon World, causing all of his monsters to appear back in their original forms, and then Mirror Force to reflect the Skull's attack right back at them, destroying them all.

With Toon World gone, Pegasus started dueling more seriously with the rest of his deck in a Shadow Game with Yugi, but lost nevertheless.

Kaiba duels "Pegasus" once more when the latter threatens the former's company. First he adds this card to his hand with the effect of Toon Table of Contents. He then plays it and summons Toon Masked Sorcerer. However, Kaiba uses his Cloning trap card to create a duplicate of the Pegasus's monster, preventing the Toon's attack. He then sacrifices this clone and Spear Dragon to summon the Blue-Eyes White Dragon. In response, Pegasus activates Toon Mask to sacrifice his Toon Masked Sorcerer to summon Blue-Eyes' counterpart: The Blue-Eyes Toon Dragon. Kaiba is infuriated to see the creature and calls an insult to the original, causing it to cry.

Kaiba then activates Shrink to weaken the Toon Dragon, and then the Charm of Lamentation to allow him to draw a card each time he attacks and fails to destroy the target. He attacks with Blue-Eyes White, but Blue-Eyes Toon holds a sign pointing up, causing the attack to derail but also allowing Seto to draw a card. Pegasus then prepares his Toon to attack Kaiba's lifepoints directly, but Seto negates it with Negate Attack. Pegasus plays Toon Rollback to attack a second time, but first he tributes his Blue-Eyes Toon Dragon, much to the monster's shock, and summons Toon Dark Magician Girl, who successfully reduces Kaiba's lifepoints by half. After the Toon Girl twirls her wand in victory, Kaiba has Blue-Eyes attack again, but she makes the attack disappear in her hat, which explodes. However, this allows Kaiba to draw the card he needed: A Wing Beat of Giant Dragon to obliterate Toon World and the Toon Dark Magician Girl with it.

With his signature card gone, "Pegasus" reveals himself to be Amelda, who seeks revenge on Kaiba for his step-father ruining his family and country and continues to duel him with his own actual deck, which includes a spell card even more dangerous than Toon World: Seal of Orichalcos.

Yu-Gi-Oh! The Movie: Pyramid of Light

In the movie, Kaiba challenges Pegasus to a duel for a card that can help defeat the Egyptian God Cards. First, Pegasus plays Toon World, to which Kaiba scoffs at, and summons the Toon Gemini Elf, then sets a card. Kaiba summons X-Head Cannon and sets two cards. On his next turn, Pegasus plays a Spell Card to allow both players to draw until they both are holding six cards, and another to allow him to summon more powerful monsters easier, allowing him to summon Toon Dark Magician Girl. Pegasus then has the Toon Gemini Elves attack Kaiba directly, causing him to lose a card from his hand. The Toon Dark Magician Girl attacks next, only for Kaiba to activate a trap to redirect the attack back at the Elves, destroying them and enraging Pegasus. He plays another Spell Card to revive his Elves and then activates a Trap Card that allows him to summon additional monsters at the cost of lifepoints, so he sacrifices the Gemini Elf to summon the Blue-Eyes Toon Dragon and then summon the Toon Summoned Skull. With all these twisted creatures at his command, Pegasus is assured of his victory, until Seto unleashes a card combo that lets him summon the unstoppable XYZ-Dragon Cannon, whose ability destroys Toon World and the Toon monsters along with it, leaving Pegasus wide-open for a finishing blow.

After defeating Pegasus, Kaiba claims his prize: the Blue-Eyes Shining Dragon and the Pyramid of Light; the latter of which was added by Anubis, the Egyptian death lord who seeks revenge on Atem. Though Pegasus denies having such a card in his collection, Kaiba doesn't believe and takes his leave. Later on, near the end of the film, Anubis unleashes his attack on everyone and distorts reality, allowing monsters to actually become real. Pegasus uses this to his advantage and summons Blue-Eyes Toon Dragon and Toon Dark Magician Girl to save Yugi's friends from being crushed by debris. The Toons are unable to hold the rocks for long and end up getting flattened, though Pegasus and the others did manage to escape via elevator. 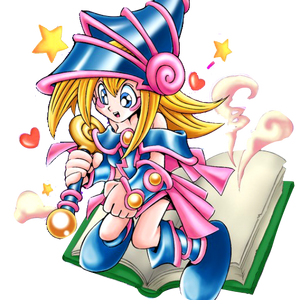 Toon Dark Magician Girl
Add a photo to this gallery

Retrieved from "https://evil.fandom.com/wiki/Toon_World?oldid=115204"
Community content is available under CC-BY-SA unless otherwise noted.