The Evil Wiki
Register
Don't have an account?
Sign In
Advertisement
in: Curses, Villainous Tools and Other Items, Folkloric Villainy

Mythical supernatural antagonists such as The Devil

Witches and warlocks
Ghosts and demons
Covens and cults

To cause or incite misfortune and danger.

Throughout the world, many numbers are considered unlucky, and are generally avoided at all costs. Keep in mind that the articles for the numbers 13 and 666 are separate from this article, because they are well-known enough to have their own pages. This page is for the the lesser known numbers.

This is based around or hails from numerology, the study of the purported divine, mystical or other special relationship between a number and some coinciding observed (or perceived) events.

Numbers have always been important, but viewing the history of many ages many civilization have given some numbers importance on others on the basis of their significance on that particular civilization.

Superstitions about numbers may seem like they are little more than tall tales thought up by desperate gamblers, but these mathematical folk narratives jolt virtually every stage of life and have moved well beyond the world of gambling. Whether inspired by biblical stories or the legends of ancient (pagan) people, these so-called lucky or unlucky properties assigned to numbers have real meaning to many people. Based on little more than a story, where the origin is often unknown, people will alter travel plans, delay purchases or spend their life savings on lottery tickets. Wonder where these numbers earned their reputations? Read on to learn about some of the most popular superstitions in the world of numbers.

The unlucky numbers exert a negative impact on one’s life depending on someone’s belief or experience with that particular number.

9: This number is feared in Japan, because, much like with the Chinese word for death, the Japanese translation for the number 9 sounds eerily similar to the Japanese word used for torture or suffering.

39: In Afghanistan, the number 39 is said to be translated out as the Afghanistan word for "dead cow."  It's also considered a slang word referring to a person who "procured prostitutes." Because of this fact, many Afghans tend to avoid this number if they were to come into contact with a vehicle that had the number 39 on its license plate.

17: This number functions very similarly to the number 13 in western countries. It is believed that this number is unlucky, because if you were to take the Roman numeral for this number, XVII, and if you were to rearrange it, it would spell out VIXI, which means "My life is over" in Latin. In Italy, Friday the 17th is considered an unlucky day, and not Friday the 13th in other countries. 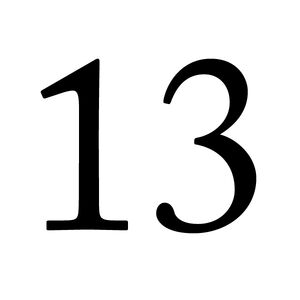 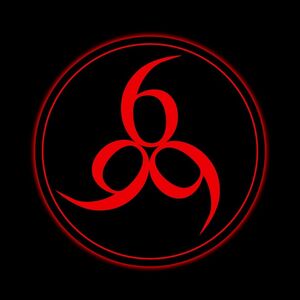 666
Community content is available under CC-BY-SA unless otherwise noted.