The Evil Wiki
Register
Don't have an account?
Sign In
Advertisement
in: Magic, Villainous Tools and Other Items, Elementals

Before The Little Mermaid

Ursula's Necklace is an enchanted nautilus shell belonged to the sea witch Ursula who wore it as a necklace and it is an object is featured in Disney's The Little Mermaid.

Close to the end of the movie, at a sailing ship where this false wedding between Vanessa and Prince Eric was held and halted during a sunset, Scuttle snaps the necklace of Vanessa's neck, helped largely by Prince Eric's dog Max when he bit Vanessa on the rump. It falls on the ship's deck and shatters, thus giving Ariel back her voice and freeing Eric from Ursula's spell.

In the Broadway Musical

Although her necklace does not actually appear in the Broadway version of The Little Mermaid, a similar item known as the "Nautilus" was a major plotpoint in it, and it was mentioned that Ursula inherited the nautilus from her father named Poseidon on his deathbed, and with it granted enough power to rule half the sea. It was destroyed by Ariel, and took Ursula with it.

In the Broadway version of the movie, Ariel breaks the necklace which is the source of Ursula's powers.

It's power against the Trident was never stated, but Ursula exclaimed that she would use it to store items.

In an issue of Disney Princess magazine, while the necklace is not directly used, several seashells are used to perform a similar feature in capturing the voices of Ariel and her sisters. In capturing the voices, Ursula states that her desire is to have every sweet voice in the sea so she does not have to hear the music.

Ariel manages to defeat Ursula in the end and gives her sisters the enchanted shells, which returns their voices.

This issue also implies that all shells can do this, as King Triton stated, "The sound of the sea is captured in every single shell.".

Ursula's Necklace also appeared in the Kingdom Hearts videogame series in which it appears on Ursula's neck.

In Kingdom Hearts II, the necklace played a major role serving the same purpose as it did in the movie. Ariel gives her voice to Ursula in exchange for legs, and Ursula then uses the voice to hypnotize Eric as Vanessa. In the end, it is the necklace which gives away Vanessa's identity, and in retaliation, Sora uses his Keyblade to destroy it. 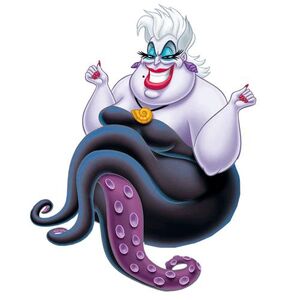 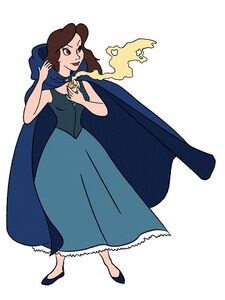 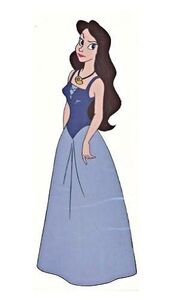 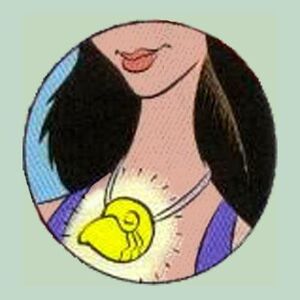 A close-up look on Ursula's Necklace worn by Vanessa (Ursula) in the comic adaptation of Disney's The Little Mermaid.