Villainous Breakdown is the opposite of Heroic Breakdown and is quite the extreme situation for a villain or an antagonist to go absolutely crazy. They may often go into a fit of blind fury, although a crazy laugh, yell, or cry can also occur. Breakdowns can also be in form of lapses into a catatonic state as the shock of their defeat robs them of their wits. When this happened, it does not mean that they become helpless, as there’s a chance where they can became more dangerous than they previously were. How severe one’s breakdown is varies, depending on the villain him/herself or how close his/her goal was to being achieved. Sometimes, it is instead triggered once the villain's downfall occurs, the breakdown can occur prior to revelation of the outcome of his/her actions. 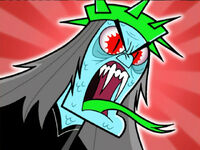 Prince Aragon's Breakdown while his transformation. 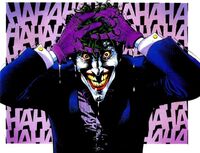 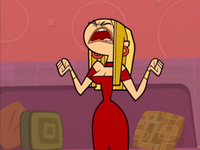 Bebop and Rocksteady's breakdown after mutation

Smaug's Breakdown as result of being failed attempt to killed him that only did nothing but ruined his composures.

Thunderclap's snapping at Coldfront and Downpour

Hades' last breakdown after Hercules emerges from the river with Meg's soul. 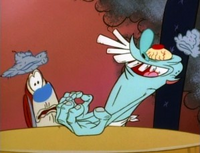 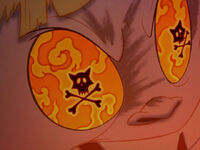 Drake's breakdown in final moment
Add a photo to this gallery

Darth Vader's Breakdown.
Add a photo to this gallery 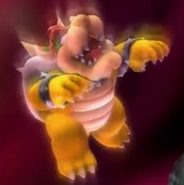 Bowser's Breakdown
Add a photo to this gallery

Retrieved from "https://evil.fandom.com/wiki/Villainous_Breakdown?oldid=28523"
Community content is available under CC-BY-SA unless otherwise noted.