Sometimes when defeated by the hero, the villain goes down gracefully. Sometimes he realizes he is doomed and demands the hero to stop fooling around. Sometimes he tries to take the heroes with him. Sometimes the villain is so bad, he will never stop fighting until he is put down for good. This trope is not about those villains.

Smug snakes, dirty cowards, and bad guys who suffer from moral decay would rarely go down with their heads held high. For all the bravado and confidence they usually project, they are much more likely to get on their hands and knees and beg for mercy. This also serves to contrast them with the hero, as heroes usually never beg for mercy from the villain in the opposite situation, at least not for themselves. Very rarely, it is the act of a noble wrongdoer who is consistent about offering his foes mercy, and expects the favor to be returned.

Depending on where the hero is on the Sliding Scale of Idealism vs. Cynicism, they might call the villain out on how many people they have denied mercy before sparing them anyway.

Others may deliver a "Reason You Suck" speech and leave the villain alive just to spite him. Or they might just scoff at this and dispose of him.

If the hero does grant them mercy, they may perform a Heel-Face Turn out of gratitude. However, it is quite very common for the villain to attempt to attack the hero one last time, usually while their back is turned. This will rarely work. 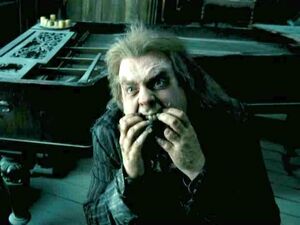 Scar begging Simba for mercy as the latter furiously confronts him for murdering his father.

Gaston dropping his pride and begging for mercy as the Beast hoists him over the edge of the roof.

Frollo pathetically begging for his life as Quasimodo furiously corners him with his own dagger. 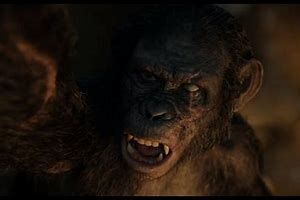 Koba begging for mercy; using the "Ape Not Kill Ape" law on Caesar.

Dag cornered at the mercy of Otis, who orders him to never return. 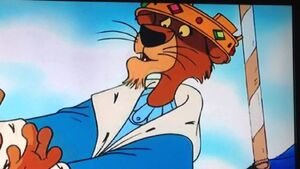 Prince John pathetically and childishly begging Robin Hood not to hurt him after he flung his sword.

Iron-Masked Marauder surrounded by the angry forest Pokemon for his ruthless actions.

Ernesto de la Cruz begging for mercy as he is cornered by Pepita.

Ulysses Klaue begs for mercy as he was now cornered by the Black Panther on the city streets of Busan in South Korea.

Dr. Facilier begging for mercy from his "friends" after his Talisman is destroyed and they arrive to punish him.

Norman Osborn unmasks himself and begs Spider-Man to save him from his Green Goblin persona and for Peter to be the son to him.

Black Manta begging Aquaman to show mercy for his father who is trapped under some rubble.

Darth Maul begging for mercy when his former master Darth Sidious defeats him in a duel.

Nute Gunray begging for mercy before he is killed by Darth Vader.

Steele pathetically begging the other dogs not to leave him after being exposed of his despicable lies, to no avail.

Sloan and Bree Blackburn surrounded by the furious elephants they tried kill just as the rangers arrive to arrest the poacher couple.

Andrei Strasser screaming in terror as Joe roars fiercely in his face.
Add a photo to this gallery
Retrieved from "https://evil.fandom.com/wiki/Villains_Want_Mercy?oldid=108701"
Community content is available under CC-BY-SA unless otherwise noted.