The Zombot is the fearsome robot created by the mad Dr. Zomboss in the first game of Plants vs. Zombies as the final boss in the level 5 - 10 of the roof. It was used by him to summon the zombies to defeat the plants, the Player and eat his brain once and for all.

Before the final boss battle, Crazy Dave tried to tell Dr. Zomboss's weakness until a bungee zombie grabbed him away.

After that, he sent his Zombot on the roof and fight the player. The Player had to use catapult plants (Cabbage-pults, Kernel-pults and Melon-pults), Flower Pots, Ice-shrooms, and Jalapenos to fight him.

After defeating the Zombot, it shattered into pieces and Dr. Zomboss surrendered with a white flag inside its head, and the player earned Silver Sunflower Trophy and three diamonds. When replayed, the player earned a money bag instead.

In the mini-game, Dr. Zomboss's Revenge, Dr. Zomboss resent his Zombot on the roof with its health doubled. Like the final boss battle, he summoned the same zombies and the player used the same plants as before. After it was destroyed and Dr. Zomboss surrendered with his white flag, the player earned a trophy (a money bag when replayed).

In the mini-game Air Raid of the Nintendo DS version, Zomboss resent his Zombot to fight the Gatling Pea which pilots a Flower Pot-shaped plane. After it was destroyed, the players earned 30,000 points a trophy (a money bag when replayed).

The Zombot was originally to appear in Plants vs. Zombies: Garden Warfare as a boss according to the E3 trailer with the name Ultra-Zombot 6000, but the idea was scrapped later on.

It was also be seen in Plants vs. Zombies: Garden Warfare 2 in Z-Tech Factory as an environment modifier, and Zombopolis as the final objective/boss.

The Zombot also returned in Plants vs. Zombies Heroes in three separate cards:

Zombot's Wrath is a Science Gargantuar Trick card that can deal three damage to a plant or the Plant Hero. When there are zombies in all lanes, this does double damage instead. The card costs 3, its rarity is Premium - Rare, and it is in Crazy Class. Its animation shows that Doctor Zomboss moves his Zombot's head and creates a fireball to deal with damages to the target by pressing the button.

Zombot 1000 is a Science Gargantuar Zombie card that can destroy all plants on the field when played. The card costs 9, its rarity is Premium - Legendary, the health and strength are both 9, and it is in Beastly Class. Its appearance is different from the original Zombot. The animation when activating its ability is firing each fireball to a plant, and when attacking, it stomps its arms that can deal 9 damages to plants.

The Zombot takes the form of a Gargantuar with very big arms, which are used to drop zombies and caper vans. The top of the head is the place where Dr. Zomboss pilot it, with big jaws to create fire and ice balls. Also, the robot's legs and feet are used to stomp the plants close to it. 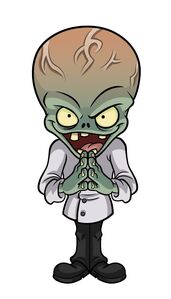 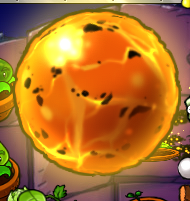 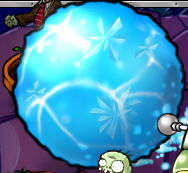 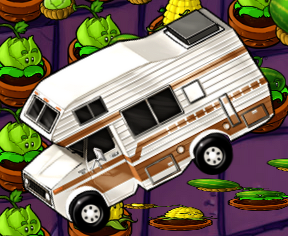 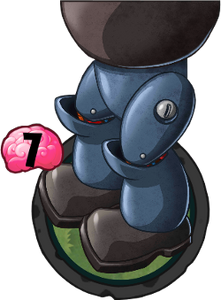 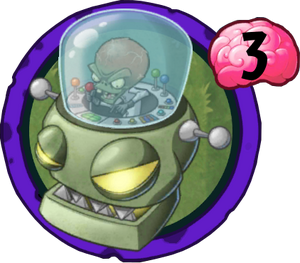 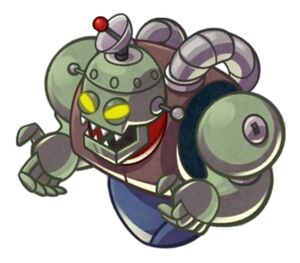 Zombot 1000.
Add a photo to this gallery
Retrieved from "https://evil.fandom.com/wiki/Zombot?oldid=116453"
Community content is available under CC-BY-SA unless otherwise noted.